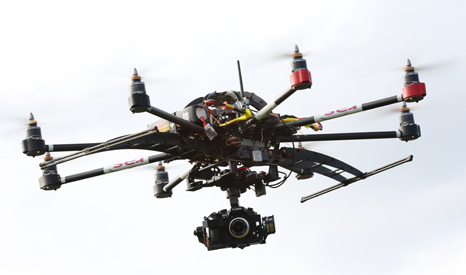 Drones could be deployed across the UK by water companies keen to avoid the severe floods that hit the country earlier this year.

Commonly known for their military role in Afghanistan and Iraq, smaller drones fitted with thermal imaging cameras have a range of domestic uses. The UK Civil Aviation Authority has approved the use of unmanned aerial vehicles (UAVs) to survey at-risk areas.

The service will allow water companies to “to assess more accurately the impact of climate change and floods such as those caused during last year’s exceptionally wet weather”, director Martin Allitt said in a press release.

Earlier this year NASA deployed a drone to track climatic changes in the upper atmosphere. UAVs have also been used to assess damage to Peru’s cloud forest.

According to the UK Met Office, December to January 2014 was the wettest on record, leading to serious coastal damage and widespread flooding.

At one point an RAF Tornado surveillance plane was deployed to map the spread of floodwaters, as parts of the Thames outside London burst its banks.

Met Office scientists said that while the winter storms could not be directly linked to climate change, there was an “increasing body of evidence” showing heavy rainfall was becoming more common.

“The attribution of these changes to anthropogenic global warming requires climate models of sufficient resolution to capture storms and their associated rainfall,” they said.

“Such models are now becoming available and should be deployed as soon as possible to provide a solid evidence base for future investments in flood and coastal defences.”