Does carbon capture and storage need a makeover? 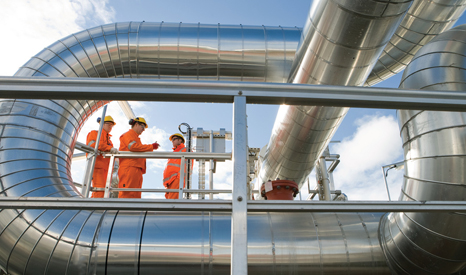 Carbon capture and storage is a vital but unloved technology, disliked by green groups and unneeded by fossil fuel companies, and will need both to progress.

The technology illustrates the equal importance of having influential support and lobbying, as well as a compelling message and market.

The technology could all but eliminate carbon emissions from fossil fuels power plants, but is still untested at a commercial scale.

To prove its worth, it needs a pilot programme to establish its cost and potential contribution.

Policymakers will only pay for such a programme, and support broader pro-CCS regulation, if there is energy industry pressure to do so.

But neither of the two most powerful groups – the fossil fuel lobby and green groups – are interested.

The case for CCS is that there are far more fossil fuels in the ground than the world can burn unabated, and still avoid dangerous climate change.

By disposing safely of carbon emissions from fossil fuels, the technology could square the circle between fighting climate change and still burning the fossil fuels which less developed countries may depend on to grow out of poverty.

In addition, CCS could be used with biomass-fired power plants, effectively working in tandem with energy crops to withdraw CO2 from the atmosphere and bury the greenhouse gas underground.

The UN climate panel, the Intergovernmental Panel on Climate Change (IPCC), underlined the scientific view that the technology is indispensable, in its latest blockbuster report reviewing the science and economics of climate change, published in April.

The IPCC was formed by the United Nations and tasked to give politicians the information they need to respond to rising temperatures, but its finding on CCS has been all but ignored.

It found that CCS was the single most important energy technology required to hit more ambitious climate goals cost-effectively.

They charted the cost impact of limiting access to particular technologies, including excluding CCS (“NoCCS”) and nuclear power (“NucOff”); limiting solar and wind power (“LimSW”) and bioenergy (“LimBio”); having less of both renewable and bio-energy (“Conv”); neither nuclear nor CCS power but high levels of renewables and energy efficiency (“EERE”); or limited energy technology innovation (“LimTech”).

The chart shows that the IPCC, at least, is unequivocal that excluding CCS has the biggest impact, roughly trebling the cost of meeting an ambitious climate goal of limiting levels of atmospheric CO2 to about 450 parts per million, deemed more or less safe.

That is a far higher cost impact compared with eliminating other technologies, including wind and solar power.

Naturally, there is a catch, which is the high cost of CCS in a world without limits on carbon emissions.

The capital cost of the capture equipment and CO2 pipeline adds to the upfront expense of building a fossil fuel power plant, compared with unabated gas and coal.

In addition, capture and storage of CO2 consumes about a quarter of the energy output of the power plant, imposing an efficiency penalty.

Together, over the lifetime of a gas or coal-fired power plant, these costs would add at least 8% to the cost of generating electricity, according to an analysis last year by Britain’s Department of Energy and Climate Change (DECC).

That analysis was for projects starting construction in 2019, and commissioned in 2025.

Such costs mean that there is no economic incentive to adopt the technology without carbon regulation, whether a penalty on emissions such as a carbon price, or a reward for emissions cuts such as subsidised credit.

Until there is such regulation, there is no advantage for fossil fuel companies and utilities to deploy a technology which will raise costs and so potentially suppress energy demand.

So far environmental groups have adopted a wait and see approach to CCS, preferring renewable power.

Their arguments – that CCS is unproven, costly or unavailable at scale – are unconvincing, given all that is at stake is a pilot programme to test the technology, suggesting more visceral opposition.

Green groups suspect that CCS will simply be used by very powerful companies with a legacy of polluting the land, air and water to extend the dominance of fossil fuels in the energy mix over alternatives including renewable power.

That suspicion seems justified, looking at the membership of CCS trade bodies.

Britain’s Carbon Capture and Storage Association has 49 members. Of these, there are 11 oil and gas companies, seven are large electric utilities and the rest are a mix of engineering and chemical firms and energy consultancies.

The environmental movement was born out of opposition to such smokestack industries.

If the IPCC is correct, however, CCS may have a central role in tackling climate change, in combination with fossil fuels and biomass, and need an unpalatable alliance.