ANALYSIS: New US proposals likely to be tip of new carbon cuts as country seeks to meet international targets 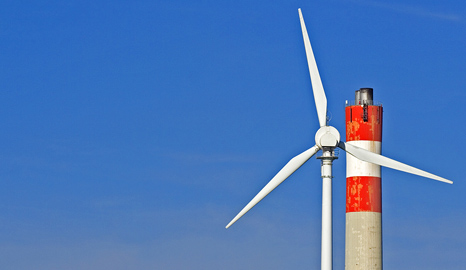 Plans by the US to cut carbon emissions from power plants by almost a third by 2020 are far below what will be needed to meet medium and long-term climate pledges, while planned reductions in other sectors won’t be enough to deliver ambitious action at UN climate talks.

If proposals presented by the Environmental Protection Agency on Monday are enacted in their current form, reductions in emissions from power plants would realistically achieve a 10-11% reduction in overall US emissions by 2030, a small share of overall cuts previously pledged over the same timeframe.

“The EPA program is not even proportionate to the US’s own Copenhagen pledge – and may even lead to emissions increases. This means that, even though many of the least costly abatement options are in the power sector, other sectors of the US economy shall have to work that much harder,” said Alex Luta, a policy analyst with UK campaign group Sandbag.

In addition to the EPA’s proposals on existing power plants, the White House has effectively banned new coal power plants, vowed to cut emissions from cars and trucks, reduce methane from oil and gas extraction and agriculture, and slash levels of potent greenhouse gases emitted by the chemicals industry.

Because the EPA reckons coal and gas are likely to account for a 30% share of the US energy mix in 2030, increased expectations on non-electricity sectors might be unrealistic, or prompt the US to pledge a much less ambitious mid-term target than the overall 42% cut offered four-and-half-years ago, some observers point out.

Others point out the 42% figure was merely a footnote in a US submission to the UN in early 2010, and that the figure was based on the premise that the Waxman-Markey climate bill – which was ultimately shot down by legislators – would pass Congress.

However, the US is under pressure at UN climate talks to offer a much deeper target for either 2025 or 2030 than what it has pledge so far for 2020, a move that could be reciprocated by other large emitters such as China and the EU as part of global deal that could be agreed in Paris at the end of next year.

Climate Action Tracker, which monitors national climate policies, said the EPA’s plan wouldn’t do enough to help the US meet its 2020 commitment and is inconsistent with 2030 and 2050 pledges.

Niklas Hohne, who also works for climate consultancy Ecofys, said the US would be 500 million tonnes short of its 2020 overall GHG target because the EPA’s curbs on power plants will deliver at most around 200 million tonnes of cuts by the end of the decade , placing additional pressure on other parts of the economy.

By 2030, US carbon emissions from all sectors would be around 5% above a 1990 baseline or 10 % below 2005, “far above the levels required for a two degree pathway,” said Bill Hare of Climate Analytics and a contributor to Climate Action Tracker.

Yet some observers of global climate policy have cautioned against overstating the longer-term context of the EPA plan, saying the emphasis is to speed up carbon cuts by 2020, rather than complement any 2030 pledge in UN climate targets.

“These measures are very much for domestic consumption and part of the White House’s determination to reduce pollution from coal and promote other sources of energy,” said Jennifer Morgan of the World Resources Institute.

And aside from the issue of whether the EPA proposal on existing power plants will make a fairly small contribution to medium term emissions cuts, the plan released on Monday could mean some states will still be able to increase carbon emissions, leaving others to do the heavy lifting.

Under the proposals coal-dependent states such as Kentucky will have relatively modest targets to cut carbon intensity, meaning emissions in absolute terms could still rise in some parts of the US.

Meanwhile states such as Washington and New York will have to make big cuts in carbon intensity by switching to cleaner energy, and states will have until mid-2016 to decide how they will meet commitments, although some may be granted extensions of 1-2 years.

Through on the plans published on Monday, states will have several options, such as starting up their own carbon trading schemes or joining established markets such as the California-led Western Climate Initiative, apply tougher emissions standards on coal and speed up deployment of renewable energy and energy efficiency.

Following a 120-day consultation period, the US government’s environmental watchdog will have until this time next year to present revised and final proposals.

The measures are likely to be challenged in the courts, and by supporters of coal in Congress ahead of mid-term elections in November.

Frank Maisano, a consultant to the US energy industry, said some green groups were wrong in their assessment that the Clean Energy Plan would only have a modest impact on the domestic coal industry.

“The truth is that the most cost-effective reductions since 2005 (perhaps the first 10 percent) have already been undertaken,” he said in a note to clients, adding that  economic  growth would complicate  the EPA’s assessment that energy prices would not rise much because of its proposals.

The US coal industry also rejected the notion that the White House had helped deliver a workable compromise through the EPA plan.

“If these rules are allowed to go into effect, the administration for all intents and purposes is creating America’s next energy crisis,” said Mike Duncan, head of the American Coalition for Clean Coal Electricity.