Why are solar panel prices starting to rise? 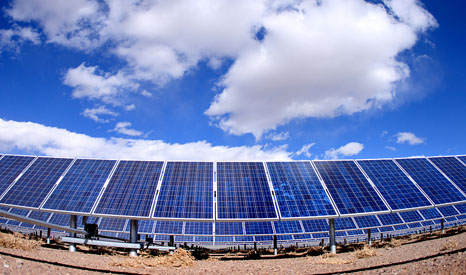 Solar panel prices have risen slightly for the first time in at least five years, show data published this month by the major manufacturers, in their first quarter reports.

The price rise is good news for manufacturers and their investors who have suffered massive losses after a slew of bankruptcies.

However, industry supporters including developers and environment groups will not want sustained higher prices, as they try to maintain growth in demand for solar power which is still more expensive than fossil fuels.

Solar module prices have been under pressure since 2008 as a result of global over-capacity and falling renewable energy subsidies.

Prices are now rising slowly, several manufacturers reported, as a result of a shakeout in the industry which has eliminated some over-capacity, bringing supply back in line with demand.

A new European minimum import price – following a trade dispute with China – has also contributed, alongside strong demand in Japan, one of the world’s most lucrative markets.

“Average selling prices increased, and remains among the highest of Chinese Tier 1 companies,” reported Hanwha SolarOne, one of the world’s biggest manufacturers, in its first quarter report.

Average prices stabilised last year, after almost halving in 2012, and now appear to have completed a turnaround.

In addition to Hanwha SolarOne, other tier one Chinese solar module makers reported improving prices in the first quarter this year.

“The year-over-year increase in total revenues was mainly attributable to the increase in shipments, improving average selling prices of solar modules and the increase in electricity revenues from solar projects,” Jinko Solar said earlier this week, in its first quarter report.

Canadian Solar also reported “a slightly higher average selling price” in the first quarter of this year, in its latest financial report published on May 16.

“We are experiencing strong demand for our products in all key geographies and expect reasonably strong global market demand growth in 2014,” said Shawn Qu, chairman and chief executive.

“We expect Japan, Canada, China, and the U.S., among others, to remain healthy markets for us through 2014.  We continue to believe that in 2014, and for several years to follow, China will be the biggest market in the world, with at least 11 GW to 12GW of solar module installations this year with the possibility of achieving the total announced target of 14 GW. ”

“The year-over-year increase in gross margin was primarily due to the increase in ASP and decrease in costs on a per watt basis.”

The main reason for the improving prices was a shakeout of over-capacity, after less competitive companies went to the wall.

However, tier one producer Yingli Solar also pointed to the impact of the EU-China trade agreement which imposed a minimum price on imports, after European manufacturers complained of unfair competition.

“(In Europe) in Q4 ASPs improved by 25% versus Q1 2013 as all volume was sold above the Minimum Import Price (MIP),” the company said, in its presentation of full-year annual results.

One blot in the landscape is the impact of rising prices on the competitiveness of solar power, which is under pressure to compete without subsidies as governments try to limit consumer energy prices in the aftermath of the financial crisis.

As a result, solar power will have to compete with fossil fuels without subsidies by the end of the decade.

Despite the recent price increases, module markers seemed confident they could achieve lower prices in the medium and long-term through continuing cost savings and economies of scale.

“We expect that the prices of PV products will continue to decline over time due to increased supply of PV products, reduced manufacturing costs from improving technology and economies of scale,” said Hanwha SolarOne, in its annual full-year report.

However, the evidence from two manufacturers which publish regular quarterly cost data is that savings are slowing, suggesting that the industry will struggle to recover the recent pace of cost cutting and price competitiveness.