COMMENT: A crisis in economics education is creating a generation who don’t understand climate change 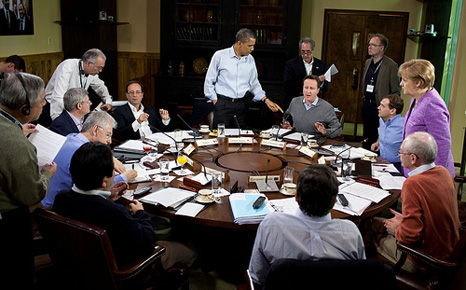 Do politicians need better advice and analysis on climate impacts to allow them to make better strategic decisions?

Millions of students across the world take undergraduate economics courses each year. They will leave to take on roles in academia, business, politics and policy-making.

The ways in which we are taught to think will frame how we respond to the global challenge of climate change. And yet, we economics students are not being educated to open our eyes to the world.

We are instructed to divert our attention from reality and to focus on our textbook models. We are encouraged to think of our discipline as value-free, scientific, and authoritative.

This approach gives us little chance of engaging with the challenges of climate change with the nuance and consideration they demand.

This is one reason why more than 65 student groups across 30 countries in the ISIPE global network are seeking changes to the way economics is taught at universities. We call for pluralism: a diversity of values, methods and schools of thought in economics.

The reality is that the economists that are currently produced by many of the world’s top-ranked universities are severely ill-equipped to make judgments on what is good for society.

Harvard economist Gregory Mankiw has asserted that “like most economists” he doesn’t “view the study of economics as laden with ideology”. He recently wrote that the “dirty little secret” of economics who give policy advice is that they become political philosophers. “Our recommendations are based….on our judgments about what makes a good society,” he said.

Mankiw’s view that economics is value-free and apolitical is reflected in his macroeconomics textbook – the predominant textbook for undergraduate teaching.

And yet economists must make both explicit and implicit ethical judgments all the time: in selecting what level of welfare present and future generations ought to enjoy through the use of ‘discount rates’ within economic models; and in using monetary measures such as prices to indicate worth, despite many people considering many things in life – humans, human relationships, parts of our natural world – priceless.

An example of value-ladenness is in what economists do and do not choose to discuss.

Early on, we are taught that we cannot and should not make comparisons between the welfare of different people; so an economist has nothing to say about an island being submerged if some people in the global North are made better off.

If we’re lucky, we might get introduced to a slightly more sophisticated measure of efficiency (Kaldor-Hicks efficiency). This states that if a rich country is happy to pay a poor country to accept its hazardous waste, polluting abroad rather than at home, that should just be considered an efficiency-improving exchange.

According to John Ashton, former UK climate change envoy, the problem with current economics is that it cannot distinguish between “growth that recognizes resource and ecosystem limits and growth that pretends they do not exist.

“Anyone who tries to make such distinctions is committing the heresy of ‘directionality’.”

Towards a realistic economics

The current approach is not the only way to see the world.

Tom Green of the Liu Institute for Global Issues writes in his survey of economics textbooks that increased GDP generally means increased matter and energy. But the reverse could also be true.

“Rather than seeing increasing throughput as a sign of economic health, ecological economists argue that a healthy economy achieves high levels of wellbeing with a minimum of throughput,” he writes.

The intellectual insularity of modern economic teaching is partly achieved through its isolation from real-world issues.

Oxford University tutor Alex Teytelboym accused the undergraduate economics curriculum of focusing on “cute theoretical models” that had not been subjected to empirical analysis. “Climate change economics requires the opposite approach.”

We are currently within a critical decade for climate action, and economics as a discipline has enormous potential to play a positive role in this. Yet our economics education is largely silent on the reality of the climate crisis, despite its importance to our individual and collective futures.

This crisis has been one of many reasons students are now rethinking economics. In response to the crisis of economics teaching, we are forming alliances worldwide: with students, academics, and all citizens. Two weeks ago, we simultaneously released an open letter across 20 countries calling for pluralism in economics teaching.

The world is waking up to see the links between our planetary crises and the state of economics teaching.

The authors are members of Rethinking Economics, an international network of students who want to ‘demystify, diversify, and invigorate economics’. Find out more on their website.