Expectations are high for the COP20 meeting in Lima, but success will require clever diplomacy from hosts 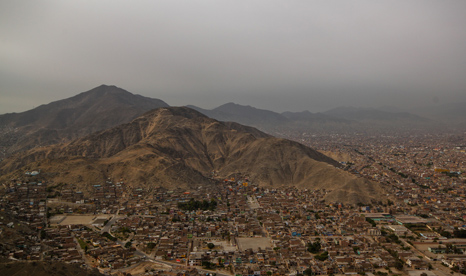 By Guy Edwards and Jakob Skovgaard

Figueres was vocal in her comments that the Lima conference needs to secure a draft agreement before the deadline summit in Paris next year to create a new climate agreement.

The chief of the UN Framework Convention on Climate Change commented that government efforts to confront climate change are woefully inadequate.

She also cited recent research by the Intergovernmental Panel on Climate Change, which affirms that the window of opportunity to keep global temperature within 2C and avoid dangerous climate impacts is rapidly closing.

This reminds us of the relentless pressure facing presidents of the annual UN climate Conference of the Parties (COP).

COP presidents walk a tightrope as they attempt to shepherd over 190 countries of the UN Climate Change Convention towards the pen of progress.

They are frequently criticized for doing too much or too little. Peru as host of the twentieth COP or “COP20” is attempting to pull off an extraordinarily difficult balancing act.

With a vast gulf between country positions and with trust so low, achieving an ambitious and equitable climate agreement acceptable to all countries has proven elusive for decades.

However, decisive leadership by a COP president can secure the support of enough countries to build progress.

The role of successful COP presidents focuses on setting the level of expectations for the conference, successfully facilitating the process, demonstrating strong domestic climate action, and being a good host.

An essential starting point is setting the level of expectations for the COP.

Peru is cautiously vocal that Lima should produce a draft agreement for the text. COP20 President and Peruvian Minister of the Environment Manuel Pulgar-Vidal said at a Brown University conference that COP20 needs to provide a solid basis for a strong agreement in Paris. 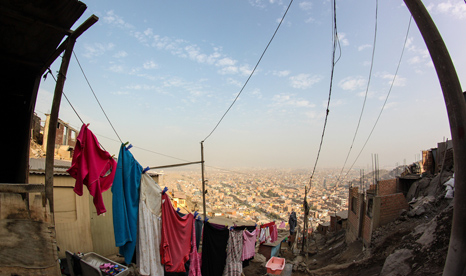 Yet he warned against viewing the next two years of negotiations as a final push, rather than the beginning of a new chapter in global climate cooperation.
Raising the bar of expectation for the COP too high can prove disastrous.

Prior to the COP15 in Copenhagen, Denmark in 2009, expectations were unachievably high which led in part to the unravelling of the process and the bitter ending.

The alarming findings of the IPCC reports, the 2015 deadline, and Peru’s acute vulnerability to climate impacts is helping to persuade Peru to take a big gamble.

This increases the risk of COP20, however, being perceived as a failure if it cannot deliver.

Conveniently, climate change presents a useful legacy issue for the Peruvian President Ollanta Humala, who is constitutionally barred from re-election in 2016.

The participation of president Humala at the UN Secretary General Ban Ki-Moon’s Leaders’ Summit on climate change in New York this September will be an important indicator of how seriously the Humala administration is taking COP20.

The COP president facilitates the negotiation process before and during the COP which usually falls into two categories: a bold or reluctant approach.

Reluctant facilitators take a backseat and emphasize that the process is “party-driven” and inclusive to all countries.

A bold facilitator publically recognizes that all countries need a seat at the table but acts assertively in addressing tough issues and finding compromises and solutions on the negotiating texts.

This approach may focus on informal consultations between smaller groups of countries and the COP president – an approach which worked well for Mexico in 2010 at COP16.

Trust-building is essential to this facilitator role. COP presidents must reach out to the largest emitters, the least developed or most vulnerable countries and those which are either in favour or against a legally binding agreement for all countries.

The support of these game-changers is required if the negotiations go down to the wire and Peru needs to deal with dissenting countries blocking progress.

Peru is using COP20 to bolster its own domestic climate action which in turn reinforces the credibility of its presidency.

In 2008, Peru announced an impressive voluntary emission reduction pledge by offering to reduce to zero the net deforestation of primary forests by 2021.

However, the implementation of its climate policies remains a challenge due to substantial oil and gas concessions in the Amazon. 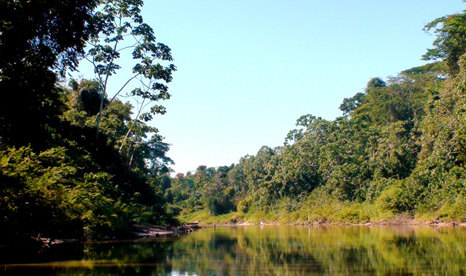 Huge swathes of the Amazon are under threat from logging and mining operations (Pic: Fabiola Ortiz)

With negotiators – especially from developing countries with smaller delegations – surviving on unhealthily low levels of sleep during the conference, putting on a well-managed event is essential.

A logistically sound and cleverly choreographed COP is crucial as exhaustion and fraying tempers inevitably kick-in.

Peru’s careful yet laudable gamble of raising expectations stems from the urgency at the global level, its strong domestic climate agenda and its concern about Peru’s vulnerability to climate impacts.

With seven months remaining before COP20, Peru’s top challenges will be to boldly facilitate the process and ensure a well-managed conference.

Peru’s COP20 slogan says: “Don’t come to Peru if you don’t want to change the world”. Only by achieving a great diplomatic feat, can Peru bring about that change and cross the tightrope.

Guy Edwards is research fellow and co-director of the Climate and Development Lab at the Center for Environmental Studies, Brown University. Jakob Skovgaard is a lecturer at the Department of Political Science at Lund University. The opinions in this article are the sole responsibility of the authors and do not reflect the views of Brown University or Lund University.