John Ashton: fracking is no sensible solution to climate change

COMMENT: A UK dash for gas will send the wrong diplomatic signals at a time when clean energy investment is urgent 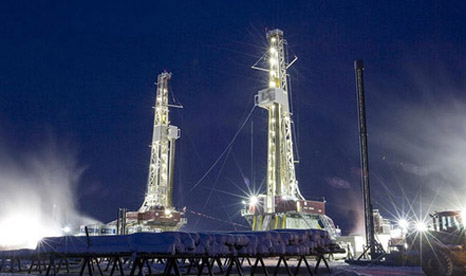 An effective response to climate change requires a shift, within a generation or so in all the major economies including Britain, to a carbon- neutral energy system.

We understand how to do that; we have the technology and engineering capacity to do it; we can afford to do it.

But we can’t do it while making ourselves more not less dependent for power and heating on any kind of fossil fuel.

It is sometimes argued that exploiting shale gas in Britain would be good for the climate. Gas, it is claimed, is a “transition fuel”, a bridge we must walk over to get to carbon-neutral energy.

It will buy us more time to get there, because the more gas we burn, the less we will burn coal, which as a fuel is even more carbon intensive.

That case does not stand up.

In Britain – in contrast to what has happened in the US – there will be no either/or choice between shale gas and coal.

In the next few years, there is simply no prospect of enough shale gas coming on stream to make a structural difference to our energy mix.

In the longer term, towards 2030 and beyond, we will be moving away from coal anyway, not least because of our carbon targets. Even on the most bounteous projections for shale gas, it will make little difference by that stage to how much coal we burn.

If – and it’s a big if – enough shale gas can be extracted cheaply enough, it might in due course displace some gas that would otherwise be imported.

But that would lock us further into gas dependency and chill the investment we actually need in renewable energy and energy efficiency.

Even if shale gas were going to displace coal, there would still be a problem.

It is true that when you burn it, methane gas gives you more energy for less carbon emitted than coal. But that’s not the whole story.

Methane has much more impact on the climate than carbon dioxide. You only need a bit of what you are extracting  – some 3% – to leak into the air between the well and the flame and the overall climate impact starts to exceed that of coal.

The industry promises minimal leaks. The Government promises regulation to prevent leaks. But the margin for error is very small.

We will need strict regulation, very strictly enforced. On the basis of what has happened in the US and elsewhere, there is no reason to think we would have a leakproof system.

The pressures on our own regulatory system – the budget cuts and the assault on red tape – will make it even harder to build such a system.

The Deregulation Bill going through Parliament now will make regulators responsible for “promoting economic growth”. The result will be enforcement that is more permissive not stricter.

When you think about it, the government has created a conflict for itself. It wants you to believe that it will enforce tough rules so that shale gas will be safe for the climate, for the local environment and for your health.

It also wants you to believe that that it will bear down on red tape, cutting costs for industry.

Something has to give.

As we have seen in the past, lots of people will be whispering behind closed doors in the ears of Ministers and officials that it should be those costly gold-plated regulations.

There is another reason why shale gas can only be part of the problem, not part of the solution to climate change.

Success on climate change is vital for the security and prosperity of the UK. We need to use all the resources of British diplomacy to achieve it.

A diplomatic goal for us and for all like-minded partners must be to create the conditions around the world for the orderly retirement of those assets.

Britain has real authority and leverage around the world on climate change. It was a privilege to see that from close up in my six years as a climate change envoy for Margaret Beckett, David Miliband and William Hague.

My conclusion from that experience is that the diplomatic challenge now is, yes, a difficult one. But it is not by any means impossible.

Not at the moment that is.

It would soon become impossible if, just as we sought to persuade others to leave their conventional reserves in the ground, we went hell for leather to extract unconventional gas and oil from under our own feet. We would no longer be listened to.

This text is an edited version of a speech given by John Ashton, the UK’s Special Representative for Climate Change between 2006-2012. Download a full version below.