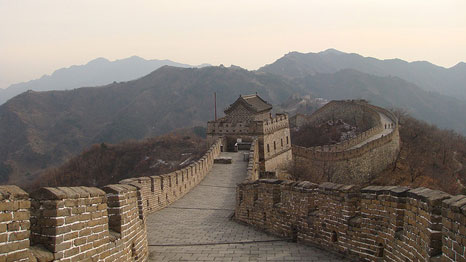 Recently, China is behind a new wave of trade and commercial ties across Latin American which focuses almost exclusively on natural resources including fossil fuels, mining and agricultural commodities.

China’s rapidly increasing investment, trade and loans in Latin America may be entrenching a heavily polluting economic model which is out of step with the required action to achieve cleaner and more sustainable economies.

Latin American countries such as Costa Rica and Peru have become global leaders as examples of low-emissions economies and progressive voices at the United Nations climate negotiations.  China could be inadvertently threatening that leadership.

Why is this troubling? Along with Europe, the United States and big multinationals, China may be indirectly undermining Latin American countries’ attempts to establish climate change policies. China could be strengthening the relative power of domestic constituencies and of “dirty” ministries such as mining and energy which regard confronting climate change as a brake on economic growth at the expense of traditionally weak environmental and climate change ministries.

Latin American countries run the risk of becoming locked into polluting and carbon intensive economic growth models which could undermine progress on sustainable development and sabotage their enthusiasm for an ambitious new climate deal to replace the Kyoto Protocol by 2015.

China is interested in cooperating with Latin America on climate change, but beyond the public statements little is happening.

Following the creation of the China–CELAC (Community of Latin American and Caribbean States) Forum, there is an unprecedented opportunity to launch a climate initiative within the Forum. This initiative could focus on reducing greenhouse gas emissions from agriculture, forestry, as well as sharing technology and strategies for adapting to climate impacts and promoting renewable energy.

China and Latin America have a critical hand to play in putting together a new global climate agreement by 2015. Together, they account for approximately 40% of total global greenhouse gas emissions.

Some Latin American countries are pushing through climate legislation and have announced voluntary emission reduction pledges at the UN. Staying on or moving to low-carbon economic models is crucial for these countries, but China’s growing presence—when combined with those of other nations and firms—run the risk of taking the region in an unsustainable direction.

Global momentum is building towards the UN climate change conferences in Lima this December and Paris in 2015 representing an ideal moment to put climate onto the Chinese-Latin American agenda. Both could benefit substantially in terms of new opportunities for low-carbon growth, but also by pushing for a new and transformative climate deal which could limit very costly climate impacts in the future.

China and Latin America need to rapidly change course to avoid cementing a high-carbon partnership and embrace a strong sustainability agenda, one which reflects the urgency of tackling climate change.

This op-ed is based on policy paper ‘A High Carbon Partnership? Chinese-Latin America Relations in a Carbon-Constrained World’ published by Brookings Institution this week. Guy Edwards is Research Fellow and J. Timmons Roberts is Ittleson Professor at the Center for Environmental Studies at Brown University, USA.