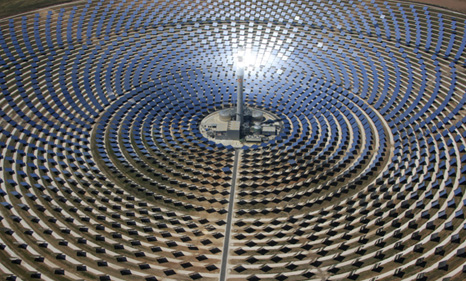 2. EU pollution damaging health
A study linking atmospheric pollution and heart attack risks “strengthens the case” for tougher emission targets, reports the BBC.  It relates to the annual exposure to fine-particulate (PM 2.5) air pollution, which can be absorbed by the body. “There is no doubt that further reduction of PM levels would result in improvements in cardiac health in Europe,” one expert told the BBC.

3. Beijing bans heavy polluters
China’s capital city “will ban the construction of new oil refining, steel, cement and thermal power plants”, says Reuters. A document on the city authority website says this will take effect from March. Beijing residents have been hit by a series of toxic smogs in the past year due to emissions from coal power plants and other heavy industries.

4. Australia’s water at risk
Experts say drinking water in Australia needs to be better protected from the possible effects of climate change. Quoted in the Guardian, Dr Stuart Khan from the UNSW school of civil and environmental engineering says “The water supply isn’t secure or cordoned off – we draw water from the environment and that water is subject to a number of different things.”

5. Why was Antarctic vessel trapped?
A Russian ship carrying scientists was stuck in ice off the Antarctic coast over Christmas. But why did it get trapped when the world is supposed to be warming? And what does this tell us about how the region is being affected by climate change? BBC producer Andrew Luck-Baker, who was a member of the party, offers his own insight into the voyage.