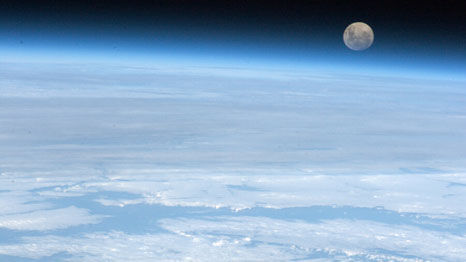 1 – Geoengineering may be necessary for 2C world, says IPCC draft
Governments may have to extract vast amounts of greenhouse gases from the air by 2100 to achieve a target for limiting global warming, backed by trillion-dollar shifts towards clean energy, according to a draft the UN’s IPCC report. A draft version of the summary for policymakers, seen by Reuters, says that to get on track, governments may have to turn ever more to technologies for “carbon dioxide removal” from the air, ranging from capturing and burying emissions from coal-fired power plants to planting more forests that use carbon to grow.

2 – China becomes one of world’s largest historical emitters
China, India and Brazil, three of the largest developing nations, joined the U.S. in a list of the biggest historical contributors to global warming, according to a study by researchers at Concordia University in Canada. Bloomberg reports that the seven nations – including Russia, UK and Germany – together accounted for more than 60% of all heat-trapping gas emissions between 1750 and 2005.

3 – Senators push for Keystone approval
A bipartisan group of senators met separately on Wednesday with top Canadian officials to push for a speedy approval of the proposed Keystone XL pipeline. Senator Mary Landrieu met with Canada’s Minister of Foreign Affairs John Baird and Gary Doer, ambassador to the US, to promote the TransCanada pipeline, reports The Hill. “I keep telling the president that this is really important for the manufacturing renaissance and economic security,” Landrieu told reporters.

4 – Tasmanian prime minister sacks Green ministers
Tasmanian Labor Premier Lara Giddings is sacking two Greens ministers who supported her minority government as she prepares to announce an election date. Labor has been in government in Tasmania with Greens backing since 2010, but Giddings has been under pressure from Labor backbenchers to sever ties as Labor attempts to build voter support for power in its own right. The Age reports that she called Education Minister Nick McKim and Human Services Minister Cassy O’Connor on Thursday morning to tell them she was terminating their commissions.

5 – Beijing suffers worst smog in a year
Beijing’s skyscrapers receded into a dense gray smog on Thursday as the capital suffered the season’s first wave of extremely dangerous pollution, with the concentration of toxic small particles registering more than two dozen times the level considered safe, reports the Guardian. The density of PM2.5 was about 350 to 500 micrograms and had reached as high as 671 at 4am at a monitoring post at the US embassy in Beijing. That is about 26 times as high as the 25 micrograms considered safe by the World Health Organisation and was the highest reading since January 2013.