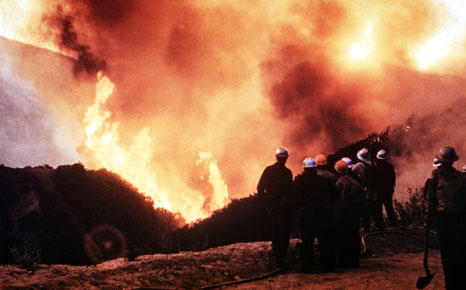 1 – Tony Abbott urged to rethink climate policies
Confirmation that 2013 was Australia’s hottest year on record has prompted political opponents to renew their criticisms of Prime Minister Tony’s Abbott’s climate change policies. They say this should compel Abbott to abandon plans to scrap the nation’s carbon pricing laws in favour of a “direct action” policy, reports the Guardian. Green leader Richard Di Natale branded Abbott a “reckless ideologue who ignores the science and is intent on listening to people who are part of the tinfoil hat brigade”.

2 – Chinese icebreaker gets stuck in ice on rescue mission
A Chinese icebreaker that helped rescue 52 passengers from a Russian ship stranded in Antarctic ice found itself stuck in heavy ice on Friday, further complicating a nine-day rescue operation, reports Reuters. The Snow Dragon ferried the passengers to an Australian icebreaker late on Thursday but now concerns about its own ability to move through heavy ice, the Australian Maritime Safety Authority said.

3 – Ford displays new solar electric car
Ford is showcasing a new plug-in hybrid electric vehicle with a difference – it has solar panels on the roof which is can use to recharge itself. The C-Max Solar Energi will be displayed at the 2014 International Consumer Electronics show in Las Vegas on 7 January. According to Bloomberg, the vehicle can travel about 21 miles using only electric power, and has about 300 watts to solar cells in the roof.

5 – Climate coverage increases
Coverage of climate change issues jumped in 2013 to 30% above 2012 levels, fueled by reporting on energy issues – fracking, pipelines, oilsands – and a heavy dose of wacky weather worldwide. Based on records by The Daily Climate, the results show the first increase in worldwide reporting on the topic since 2009.