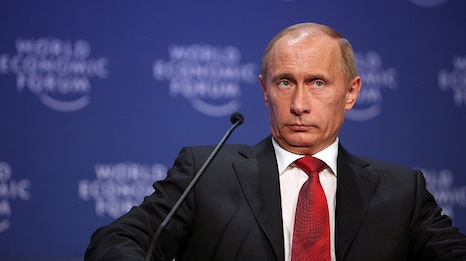 1 – Putin send warning to future protesters
Russia’s response to the Greenpeace protest over Arctic oil drilling should serve as a lesson and Moscow plans to toughen its steps to guard against interference in the development of the region, President Vladimir Putin has warned. Reuters reports that he said: “This is a serious thing for us. And we do not plan to soften (our stance), we will only be toughening it.”

2 – Australia prepares for Direct Action
Australia’s Coalition government is considering new regulations to help its Direct Action fund achieve reductions in greenhouse gas emissions – its replacement for the carbon pricing it intends to abolish. The Guardian reports that business groups are forbidden from purchasing carbon permits from overseas, as the new plan will “clean up Australia in Australia” according to environment minister Greg Hunt.

3 – Renewable energy use in Scotland reaches record high
Two fifths of Scottish electricity last year was generated from renewables last year, official figures say – a record number that energy minister Fergus Ewing says shows the industry is going “from strength to strength”. BBC reports that 40.3% of energy consumption in 2012 was met by the sector, up from 36.3% the previous year.

5 – Most Americans say global warming is serious
A new poll will show that the majority of Americans think that global warming is a serious problem that they want the United States to address, yet their support for government regulation has fallen in recent years. USA Today, who conducted the poll, say that two out of three Americans believe that climate change will hurt future generations is nothing is done to reduce it.