Vice-Chancellor will lead ‘super ministry’ focusing on energy and economic policy, but needs to act fast to maintain supply and cut costs 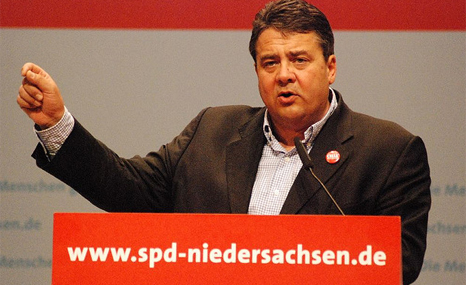 Sigmar Gabriel has had a great week.

In an unprecedented party poll on whether to form a “grand coalition” with Angela Merkel’s centre-right Christian Democratic Union (CDU), an overwhelming majority of the centre-left Social Democratic Party’s (SPD) membership voted in favour of the choice advocated by Gabriel, their leader.

The gamble he took initiating a referendum paid off last Saturday, delivering a clear mandate to govern and his biggest triumph since taking the helm of Germany’s oldest party four years ago.

As vice-chancellor under Merkel, Gabriel will head a newly created super-ministry with wide-ranging responsibilities for charting both the country’s economic and energy policy. The environment ministry, too, will be SPD-led, effectively handing control over the management and future development of Germany’s energy transition (the Energiewende) to Gabriel.

The energy transition is Germany’s highly ambitious plan to fundamentally transform its energy system by switching from a reliance on emissions-intensive fossil fuels and nuclear power to renewable sources such as wind and solar. Triggered by passage of the Renewable Energy Act (EEG) in the year 2000 by the then SPD/Green Party coalition government, it became a centrepiece of Chancellor Merkel’s first and second terms in office.

Praised around the world as a model for how to move a major economy onto a low-carbon footing, the energy transition has run into trouble in recent years, with critics citing the rise in retail power rates as evidence of an urgent need to curtail costly renewable energy programmes.

While industry has increasingly benefited from lower prices at the German wholesale power exchange, thanks to an ever greater share of low-marginal cost renewable electricity being fed into the grid, prices for households have gone up.

Based on data provided by Germany’s Association of Energy and Water Industries, the Financial Times has estimated that the cumulative cost of subsidising renewable energy sources through the EEG’s system of feed-in tariffs will reach €109 billion in 2014. As a consequence, the electricity surcharge on consumer bills is set to rise to 6.2 cents per kilowatt hour in 2014, from 5.3 cents this year.

Gabriel’s praise for the EEG has been sincere but he has also argued for a fundamental reform of the law and a reboot of the energy transition project. A shrewd politician, he has called for easing the burden on consumers by cutting the energy tax on the first 500 to 1,000 kilowatt hours consumed, a measure that would mainly benefit low-income and energy-poor households.

More recently, Gabriel proposed to move financial support for offshore wind farms from the current EEG renewable energy levy into general taxation, a proposal he may well revisit in his new role.

But even adjusted energy prices will not solve the energy transition’s biggest problem: a lack of vision and political commitment to a low-carbon agenda. For the last four years, Merkel and her then coalition partner, the libertarian Free Democratic Party (FDP), were at odds over the speed and scale of the transition, stalling progress and creating investment uncertainty.

The new coalition agreement, too, has been criticized for “slowing down the development of renewable energies.” Meanwhile, parts of Gabriel’s own party, including the powerful state premier of industrial North Rhine-Westphalia (Germany’s most populous Land), continue to support coal-fired power generation.

The coalition agreement devotes a separate section to the energy transition, described as a “correct and necessary” step on the way to a modern industrial society. It commits the government to further support for renewables although it now links renewable energy development to network expansion.

According to Chancellor Merkel, new development corridors would “add predictability and calculability” and prevent future cost explosions. With the new ceiling, renewables will grow less fast than projected to date, but 40 to 45 percent by 2025 is still a significant target. The Greens have argued that the plans, if seen through, would “strangle” renewable development and prevent Germany from reaching its climate change goals.

And yet low-carbon advocates have reason to be hopeful about the grand coalition. This is, in part, because Gabriel is no stranger to the issue. Having served as environment minister in Merkel’s first government, Gabriel and his then state secretary Matthias Machnig are widely credited with developing an “ecological industrial policy” which links economic growth and job creation to climate protection and resource conservation.

Earlier than most, Gabriel understood that only joined-up, systemic thinking would be able to deliver the kind of industrial revolution needed to transition to a low-carbon economy.

In opposition, Gabriel took the reigns of an ailing party. Though faced with a multitude of policy issues, his concerns for the energy transition remained front and centre. Before the election, he echoed a plea by Germany’s biggest industry groups and trade unions calling on the government to “speak with one voice on the energy transition.”

Gabriel advocated the establishment of a federal ministry combining economic and energy policymaking under one roof to avoid exactly the kind of policy splits that have hindered private sector energy investment in recent years. He now leads this new super-ministry.

Gabriel’s ambition cannot be confined to simply managing the energy transition and adjusting its design where necessary. He wants to shape a new settlement, an energy transition 2.0 that addresses the need for a fundamental change in energy markets, spurs investment in storage capacity and new transmission lines while taking onboard the concerns of all stakeholders, consumers, industry and environmental groups alike.

Given Germany’s economic might and the size of its energy market, any policy change will be felt across the European Union and beyond. Whether Europe can meet its energy and climate change targets will also depend on Gabriel’s ability to breathe new life into Germany’s efforts to go boldly into an equitable low-carbon future.

During coalition negotiations, Gabriel and his team managed to extract a number of significant concessions from Merkel’s Conservatives. The new government will introduce Germany’s first ever national minimum wage and write new dual citizenship rules for children of immigrants but it may be Gabriel’s stewardship of the energy transition that turns out to have the biggest and most lasting impact.

Dr. Harald Heubaum is Lecturer in Global Energy & Climate Policy at the Centre for International Studies and Diplomacy, SOAS, University of London