ADB approves $900m loan for Pakistan coal plant – but will it be the last? 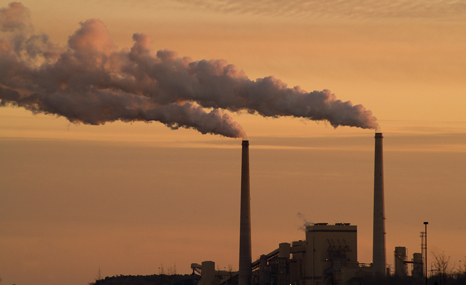 While the Board of the ADB approved the $900 million Jamshoro Coal-Fired Power Plant in Pakistan, the Board vote came with a huge amount controversy including the first no vote of the U.S. on a coal power plant, no votes of other countries, and votes of disapproval from a growing list of countries.

The project was the first test of the commitments from important countries to end public funding of coal projects overseas, except in very rare circumstances. So will this be the “Medupi Project” of the ADB – the last coal power plant funded by this institution – given the divisive nature of the project amongst its major investors?

The ADB has been a major funder of coal power plants – funding over $1.69 billion since 2007 (see figure*). It hasn’t been the worst amongst the development banks or direct government funding, but it hasn’t been the best.

So will this be the turning point for the ADB or is this a sign that they will still bring forward new coal-fired power plants? Let’s hope this is the “Medupi Project” of the ADB. The similarities of these two projects are eerie.

In 2010, the international development banks agreed to invest almost $4 billion in a massive coal-fired power plant in South Africa – the Medupi Project.

The scar tissue from that project was deep and lasting. So even without a policy that limited coal financing, the World Bank Group staff didn’t proactively propose coal plants as they had done in the past and been poised to do before Medupi. The World Bank later formalized a policy to restrict coal projects to “rare circumstances”.

The Pakistan project generated even more resistance amongst many of the key shareholders. Despite serious reservations with the Medupi project, the U.S., U.K., and Netherlands abstained.

The Pakistan project generated a no vote from key shareholders – the U.S., Finland, Denmark, Netherlands, Norway, and Sweden – and abstentions from others – Austria, Germany, Luxembourg, Switzerland, Turkey, and the U.K. This is the first time that the U.S. voted no on a coal project at a development bank and showed some signs of strong disappointment from a growing number of countries.

[Note: An abstention is a sign that a country isn’t thrilled with a project, but it is weaker signal than a no vote as it doesn’t put the full weight of those governments behind its opposition.]

Whether the Jamshoro coal-fired power plant project in Pakistan will leave the same deep and lasting scars as the Medupi project are uncertain at this stage.

Some recent quotes from staff at ADB are a bit 18th century in terms of their framing and perspective on energy (see the quotes in these two pieces ClimateWire pieces here and here). So will the U.S. and Europeans countries push for a reform of the energy sector lending at the ADB?

Will Germany, Japan and South Korea finally join the group voting no on public financing for coal projects that are driving climate change?

Let’s hope the Pakistan project becomes a “Medupi moment” that ensures that this is the last coal power plant that the ADB approves.

* Based upon data in a forthcoming NRDC report.