How can Peru make next year’s climate summit a success? 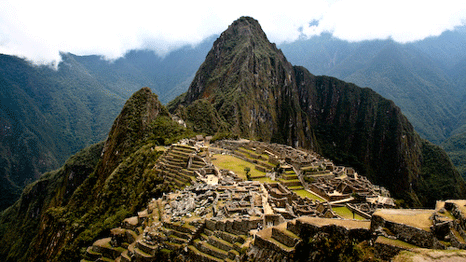 As delegates begin to reflect on the limited success of the UN Climate Change negotiations in Warsaw which ended last week, eyes are now turning optimistically to Peru as the incoming president of COP20 in 2014.

Poland, as host of COP19, has now taken three bites at the apple of leading UN climate negotiations, and a number of observers believe the country is too compromised with its coal dependency and drive for economic growth to guide the world to a low-carbon future requiring tough choices.

Although the conference in Warsaw managed to secure some progress on a range of issues, Peru will have to do some very heavy lifting to ensure the delicate timetable of agreeing a new climate deal in Paris in 2015 is kept on track.

This is all sounds slightly familiar. After the train wreck in 2009 at the COP15 in Copenhagen, Mexico  rode to the rescue of multilateralism the following year at COP16 in Cancún.

Mexico created a Special Representative for Climate Change and dispatched one of its top diplomats, Luis Alfonso de Alba, to rebuild confidence in the process. De Alba spent roughly 250 days in 2010 travelling around the world, listening to countries rich and poor. Mexico lowered expectations and adopted a pragmatic approach that served to rebuild trust and encourage consensus.

Mexico’s position as a middle-income country helped to build consensus. Former Mexican President Felipe Calderón and his foreign minister, Patricia Espinosa, put climate change at the top of the political agenda and were committed to a successful outcome at COP16.

Calderón decided that the process needed extensive multilateral experience, so the Ministry of Foreign Affairs took responsibility instead of the Ministry of Environment. At COP16 considerable attention was placed on the process of inclusion as much as the content.

Consequently, nearly all countries had only praise for Mexico’s stewardship (Bolivia was a lone resistor).

Peru is next up and has great potential to secure progress in the global climate negotiations at COP20 in Lima in 2014.

Peru is a bridge builder between developing and developed countries and is considered a leading actor on climate change. In 2008, it was the first developing country to announce a voluntary emission reduction pledge, offering to reduce the net deforestation of primary forests to 0 by 2021 and produce 33 percent of its total energy use from renewable sources by 2020.

In 2010 Peru’s Ministry of Environment published its Plan of Action for Adaptation and Mitigation of Climate Change (Plan CC). However, according to the Latin American Platform on Climate, the low level of implementation of its domestic climate policies still needs urgent attention.

At the United Nations Framework Convention on Climate Change (UNFCCC), Peru is part of the Association of Independent Latin American and Caribbean States (in Spanish, AILAC) alongside Chile, Colombia, Costa Rica, Guatemala and Panama.

AILAC attempts to build consensus between developed and developing countries on the need for all to take ambitious action on climate change, and on the importance of there being a legally binding agreement holding countries to account. However, AILAC countries at times come under fire for their domestic policies, which seem to clash with their progressive rhetoric at the UNFCCC.

Alongside its AILAC partners and others—including the United Kingdom and Bangladesh—Peru also participates in the Cartagena Dialogue for Progressive Action. The Dialogue is an informal space, open to countries working towards an ambitious, comprehensive and legally binding regime, and committed domestically to becoming or remaining low-carbon economies. The Dialogue has been able to achieve progress at the negotiations by seeking collective ambition from all countries, particularly at COP16 and COP17.

En route to COP20, Peru has a year to make a vital contribution to restore confidence and ratchet up global climate action. Otherwise, the goal of producing a draft text in Lima to be decided in Paris at COP21 in 2015 will be simply unreachable.

Peru could focus on three key strategies. First, Mexico’s extensive and tireless preparations and management of COP16 should serve as a template. Mexico’s participation in the Cartagena Dialogue as COP16 president was also crucial.  This experience shows that Peru can be more active in the Dialogue without undermining its neutrality.

Peru’s climate diplomacy in 2014 could focus on the following key players. A major step is to reach across to the major emitters – including the U.S., Japan, Australia and Canada.

Peru and the EU share similar views on the need for ambitious action to increase progress in the negotiations. Discussions surrounding an increase in ambition by the EU and Peru and its AILAC partners could increase confidence. As Venezuela will be hosting the pre-COP20 event, close collaboration between Peru and Venezuela and the other ALBA countries (e.g., Ecuador and Bolivia, the group is the Bolivarian Alliance for Our Americas) will be essential in ensuring a strong regional voice calling for progress in Lima.

Peru can also attempt to facilitate dialogue between the U.S. and the BASIC group—Brazil, China, India and South Africa. Finally, Peru’s diplomacy with the least developed countries (LDCs) and the Association of Small Island States (AOSIS) is paramount in ensuring that the most vulnerable are actively involved.

Second, Peru’s flexible interpretation of the critical phrase “Common But Differentiated Responsibilities and Respective Capabilities”, and its view that all countries need to act to varying degrees to reduce emissions, will be essential. So will driving forward discussions on equity, which again arose this year in Warsaw.

Peru’s membership in AILAC and the idea of the “beautiful middle” can help put medium-sized countries at the center of the climate debate. A focus on reducing emissions by all—which is contingent on developed country support on climate finance, adaptation and capacity building—can help establish a more holistic narrative tying together the myriad threads of the negotiations.

As a medium-sized country, Peru can develop and drive forward this narrative and avoid the polarizing debates between the North and South that undermine the talks.

Third, when Peru put forward its voluntary pledge, it established a new climate discourse. This discourse needs a boost and a major platform to test its utility. COP20 can be that space.  Peru, alongside its AILAC partners, can put ambition front and center by promoting their collective pledges. AILAC may also consider increasing their own pledges and activities in the interest of generating confidence in the process and promoting low-carbon growth.

Combining these strategies could revitalise the UNFCCC process following the modest results in in  Warsaw. As a country very vulnerable to climate impacts, Peru can promote urgency, ambition and equity. Lima will be a decisive battleground to ensure the 2015 deadline for a new deal is not missed. Peru must start this daunting task now in earnest.

Guy Edwards is Research Fellow at the Center for Environmental Studies at Brown University.

Timmons Roberts is Ittleson Professor of Environmental Studies and Sociology at Brown University.

An earlier version of this article was originally published on the Brookings Institution website.