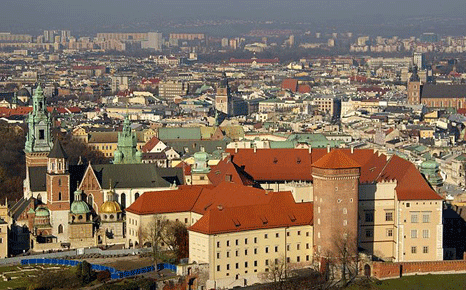 1- Residents of Krakow in Poland have been forbidden from burning coal and wood to heat their homes, after a report showed that the historical town’s atmosphere is the worst polluted in Europe, according to Reuters. Poland’s heavy coal use, generating 90% of its electricity, was in the spotlight this month when the UN climate talks were hosted in its capital city.

2 – The European Union has agreed to enforce stricter rules on CO2 emissions for EU cars. The “compromise”, says Reuters, will be applicable until 2021 from a previous deadline of 2020, with a greater degree of flexibility to the advantage of German luxury car manufactures such as Daimler and BMW whose emissions are higher than those of smaller, lighter automakers such as Fiat.

3 – The Solomon Islands face economic losses of almost 5% of annual GDP by 2100. According to a new Asian Development Bank study, extreme temperatures and other climate change-linked events will hit agriculture, fisheries and other sectors of the economy.

4 – Efforts in China and Mexico to boost investment in low carbon goods and services took a major step forward with the unveiling of three new carbon trading schemes, according to Business Green. China yesterday extended its pilot carbon trading schemes to Beijing and Shanghai, and Mexico’s stock exchange yesterday revealed plans for the first carbon offset credit exchange in the Latin America.

5 – A man from the Pacific Island of Kiribati has lost his bid to become New Zealand’s first climate refugee, according to the Guardian. His claim was rejecting by the High Court in Auckland, with the judge ruling that the rising seas that are engulfing the islands did not amount to a violation of his human rights or a threat to his life.