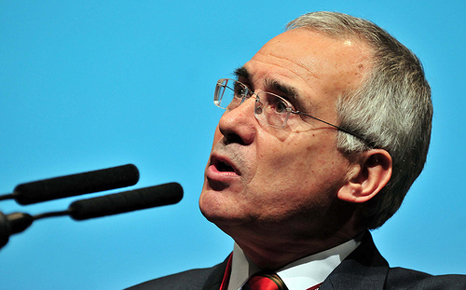 Although some progress has been made at this summit, the actions that have been agreed are simply inadequate when compared with the scale and urgency of the risks that the world faces from rising levels of greenhouse gases, and the dangers of irreversible impacts if there is delay.

If the world is to have a reasonable chance of avoiding dangerous levels of global warming, which it is generally agreed would occur of there is a rise in global average temperature by more than 2 centigrade degrees compared with the late 19th century, annual emissions of greenhouse gases will need to be cut at a much faster rate than is currently planned by countries.

Annual emissions have been falling in recent years at a rate of less than one per cent per unit of output. But we will need to see reductions of more than 5 per cent a year over the next few decades in order to prevent a substantial risk of dangerous climate change.

We already know that current emissions cuts planned by countries for 2020 are collectively too low and inconsistent with remaining below the threshold warming of 2 centigrade degrees. Instead of an increase in ambition we have seen some rich countries, such as Japan, backtrack on their commitments and indicate that they will cut emissions less than planned. The collective behaviour of negotiating parties in Warsaw has been as if they do not, or refuse to, understand the seriousness of the challenges we face.

But it simply will not be adequate for any country, rich or poor, to insist that they will not take action until others act first. Such an approach risks leading to inaction, which would be the most inequitable outcome of all. It would radically increase the risks of dangerous climate change, the impacts of which would affect poor people and countries first and hardest.

Two-thirds of global investments each year are now made by developing and emerging economies. It is now these countries that will determine the pace at which the world makes the transition to low-carbon growth, and in many ways define the nature of that growth.

The world must seek much greater collaboration than shown in Warsaw during the past two weeks if it is to manage the grave risks of climate change and provide the “sustainable access to sustainable development”, in the language of the Cancún Agreements of 2010, necessary to overcome world poverty.

It is crucially important that rich countries scale up their international aid to help poor nations to become more resilient to those impacts of the climate change that cannot now be avoided, to reduce their emissions, and to develop sustainably. It should also be acknowledged that poor countries will not be able to adapt to all of the impacts of climate change, and that future impacts will bring still greater loss and damage from, for example, sea level rise and changes in extreme weather.

As Typhoon Haiyan demonstrated, extreme weather can have a terrible human cost, and poor countries must receive from rich countries not just emergency relief when they suffer disaster, but also greater support to help them become more resilient to such impacts.

This article first appeared on the Grantham Research Institute on Climate Change website.