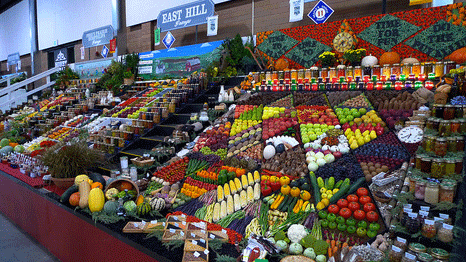 IPCC: A leaked draft of an IPCC report due in 2014 shows how climate change is already affecting food security around the world. The report, which a spokesperson for the IPCC described as a “work in progress”, is likely to change before it is fully released in March 2014. However it lays out in concerning detail the conclusions of recent research on how climate change is affecting the world’s food supplies today, and how it is likely to in the future. (Wired)

Australia: The federal government has approved a massive coalmining project in central Queensland that will be the largest in the country. The environment minister, Greg Hunt, approved the 37,380-hectare Kevin’s Corner project on Friday. (Guardian)

UN: The only three living diplomats who have led the United Nations global warming talks said there’s little chance the next climate treaty will prevent the world from overheating. The comments from the current and former executive secretaries to the UNFCCC add to the urgency of the Warsaw talks. (Bloomberg)

Research: Simple measures to reduce pollution from cooking stoves in developing nations could save a million lives a year and help slow global warming, a World Bank study showed on Monday. (Reuters)

US: The US needs to prepare for the impacts of climate change, says Barack Obama, the US president who earlier this year declared that he doesn’t “have much patience” for anyone who denies the science. Issuing an executive order from the White House, he ordered a list of activities that will help the US increase its resilience to the impacts of global warming. (RTCC)

Jamaica: The urgency with which Jamaica needs to address climate change was made evident at last week’s Government of Jamaica/Adaptation Fund Programme National Stakeholders’ Consultation after it was revealed that at least one metre of Negril’s coastline was eroding yearly, making the beaches smaller. (Jamaica Observer)

France: The French ambassador for climate negotiations at the UN has issued a rallying call for both the public and private to work towards climate abatement ahead of the 2015 global climate conference in Paris, with success largely depending on the EU’s support. (EurActiv)

Research: The planet could face irreversible and potentially catastrophic levels of global warming in just over 20 years unless the world commits to a much higher rate of decarbonisation. A new report from leading consultancy PwC says that the amount of greenhouse gas emissions countries can release is likely to be blown by 2034. (RTCC)