Published on 18/10/2013, 7:58am
A summary of today’s top climate and clean energy stories.
Email the team on [email protected] or get in touch via Twitter. 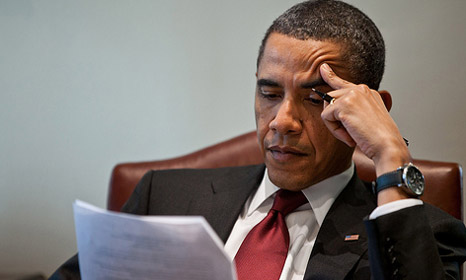 USA: President Obama, fresh off a trouncing of congressional Republicans over the government shutdown, plans to renew his push for immigration legislation in the House while also pressing ahead with climate change policies and efforts to fix problems plaguing his signature health-care program. (Washington Post)

USA: Former Vice President Al Gore sees parallels between the last two and a half weeks of budget chaos on Capitol Hill and the climate crisis: Many will deny there’s a problem — until they are ultimately compelled to take action by forces beyond their control. (Huffington Post)

UK: A major offshore wind developer has thrown into doubt the huge expansion of sea-based turbines, which the government is relying on to keep the lights on for the rest of the decade. (Guardian)

UK: Ministers are to “stress test” green measures that have contributed to rising fuel bills, as British Gas added to the political controversy over rising energy prices with an average 9.2 per cent increase from next month. (FT)

USA: Arizona is banking on the Solana initiative, a $2-billion project built with a $1.45 billion loan guarantee from the Department of Energy to develop solar energy that can be used at night (New York Times)

Science: Does the global warming ‘pause’ mean what you think it means?  The slowed warming is limited to surface temperatures, two percent of overall global warming, and is only temporary writes Dana Nuccitelli (Guardian)