Home to 70% of humans, cities are on the frontline of the fight against global warming says ICLEI regional chief 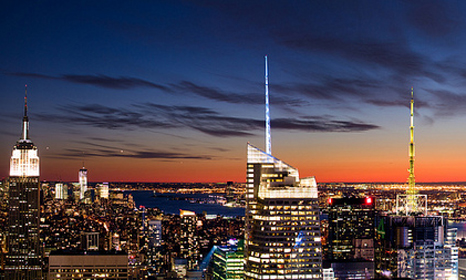 Our cities, the fifth Intergovernmental Panel on Climate Change (IPCC) report has confirmed, are under threat.

The report, which summarises the conclusions of the scientific community, outlines much of what we already know – that human activity is causing the Earth to heat up, that seas levels are rising, and that left unchecked climate change will have devastating consequences for humanity, including endangering many of the world’s cities.

Dealing with the impacts of climate change is the major challenge of the 21st Century. Without drastic emissions reductions oceans will rise by as much as 90 centimetres in the next century, representing an insurmountable challenge to our societies. With reductions, however, oceans could rise by a manageable 25 centimetres.

Historically, the local level has proven most adept at taking significant action on climate change. Cities, home to 70% of the world’s population, are on the frontline of the fight against global warming. They are the greatest innovators, the test beds of climate mitigation, and the sites of the greatest reduction successes.

ICLEI – Local Governments for Sustainability, the organisation of which I am Secretary General, works with cities to create more sustainable urban areas. On a daily basis I witness the transformative power of local action, and the global impact it has.

Despite the worrying prognosis offered by the IPCC, local governments offered hope in European Green Capital Nantes (France) from 27 – 28 September at the World Mayors Summit on Climate Change, a meeting of leaders convened by ICLEI – Local Governments for Sustainability.

Held under the patronage of François Hollande, President of the Republic of France and with the support of the French Prime Minister Jean-Marc Ayrault, mayors from around the globe pledged their support to the The Nantes Declaration of Mayors and Subnational Leaders on Climate Change.

The document affirms local government’s commitment to scale up climate actions, urges engagement with the global level on climate change, and calls for enhanced local access to finance. The declaration also offers a commitment to work with other levels of government, the private and financial sectors, and relevant stakeholders.

This bold statement of intent will feed into the upcoming Convention of the Parties (COP) 2015, to be held in Paris, at which new international emissions reductions targets will be agreed upon.

It is of the utmost importance that Local and Sub-National Governments, officially recognised as vital actors in tackling climate change, are included in the climate framework debate and are given the funds they need to grow their climate work.

Green investments, backed by demonstrable return, are necessary to create a sustainable partnership between the financial sector and local governments, one that will benefit cities, companies and the planet.

Cities, in turn, must improve their capacity to measure and evaluate their emission reduction activities, offering investors hard-proof of the impact of their investment.

Without a reliable baseline and hard data, cities are simply fumbling in the dark. ICLEI will work with cities to create international standards on emissions.

Adoption of the Declaration marks the start of a new phase for the Local Government Climate Roadmap, an advocacy process aimed at recognising, engaging and empowering local governments within the global climate regime.

Among the innovative features of the renewed Local Government Climate Roadmap is the creation of a “Friends of Cities” group that brings together national governments who wish to collaborate with local and subnational governments.

Although the challenge facing us is great, I am confident that through intelligent actions, smart investments, and a comprehensive emissions reductions framework, we will achieve our goals, and maintain our cities for generations to come.

However, for this to happen local governments must continue to play a decisive role in climate mitigation, and must have access to proper financial channels to scale up and grow their emissions reductions actions. The stakes are too high to go forward without local engagement.

Gino Van Begin has been serving as the Secretary General of ICLEI World Secretariat since Jan 2013.