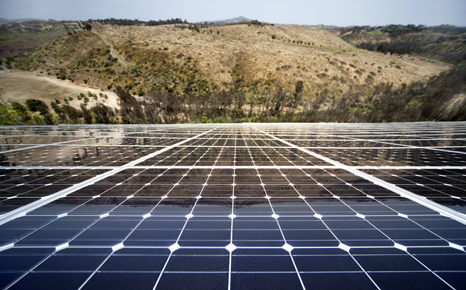 Members of the Major Economies Forum are meeting for a ‘candid’ dialogue on climate change. (Source: SolarWorld)

Poland: Members of the Major Economies Forum are meeting in Krakow to discuss ways of cutting global carbon emissions. The group, which has 17 members, including China, the USA and EU, is intended to generate a ‘candid’ dialogue on climate change. (MEF)

UK: Heathrow Airport unveils expansion options to increase number of flights to 740,000 a year at cost of up to £18bn. The airline industry is expected to contribute 25% of UK emissions by 2050. (Guardian)

UK: Britain’s government is basing its policy recommendations on outdated and unrealistically high projections of future fossil fuel prices – which could be causing it to over-estimate the cost of imports and threatening to skew cost-benefit analyses of alternative policies. (Reuters)

UK: Radars that can distinguish between large wind turbines and aircraft have been successfully trialled in Scotland, opening up the possibility that more windfarms near airports can be built. (Business Green)

Motorsport: Andretti Autosport signed up today as the third team that will race in the environmentally conscious FIA Formula E championship, which will feature electric cars competing in 10 cities across the world starting in 2014. (Greenwire – £)

India: The annual cost of environmental degradation in India is about Rs. 3.75 trillion, or 5.7% of India’s 2009 gross domestic product (GDP), according to a report released by the World Bank on Wednesday. (Live Mint)

Japan: The Environment Ministry said Tuesday it will subsidise five projects that cut emissions of greenhouse gases in poor nations in its latest attempt to build an international carbon offset market outside of the U.N. (Point Carbon)