A summary of today’s top climate and clean energy stories. Email the team on [email protected] or get in touch via Twitter. 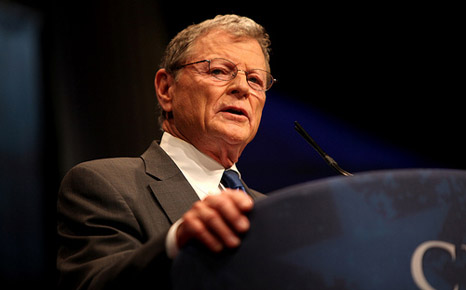 US: Google is hosting a fundraiser for the most notorious climate change denier in Congress, Oklahoma Republican Jim Inhofe. Proceeds of the 11 July lunch, priced at $250 to $2,500, will go to the national Republican Senatorial Committee. (Guardian)

Australia: Environment Minister Mark Butler released a report card showing that the Great Barrier Reef’s health had slumped since 2009 due to cyclones and floods, despite progress on reducing agricultural runoff. (Khaleej Times)

Germany: Last weekend Germany recorded 23.9GW of electricity generated from solar power, enough to power 2.3 million homes. The country’s previous record of 22GW was set in May, in what is rapidly proving to be a stellar year for solar power capacity in the country. (RTCC)

UK: The future of offshore wind power generation in the UK is in serious doubt, as the government’s plans to encourage new wind farms are over-expensive and flawed, a think tank study has found. (EurActiv)