Solomon Islands: Studies undertaken under the Pacific Islands Climate Change Science Program indicate that sea levels are rising around the Solomon Islands by about 8mm per year since 1993. This is higher than the global average of 2.8–3.6mm per year. (Solomon Star) 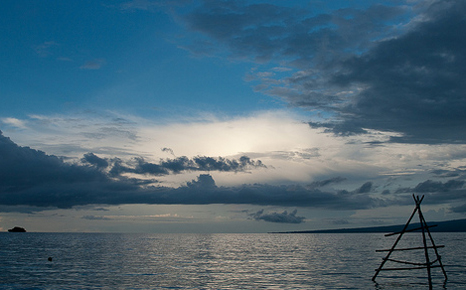 EU: The European Commission has approved funding for 248 new projects under the LIFE+ programme, the European Union’s environment fund. Overall, they represent a total investment of some €556.4 million, of which the EU will provide €281.4 million. (Balkans.com)

Spain: A new ocean current harnessing system capable of working in deep waters has been developed by researchers at the Universidad Politécnica de Madrid, and a prototype has already been successfully tested. (Cleantechnica)

Europe: Amended changes agreed by the environment committee last month were passed with 344 in favour and 311 against to limit supply and lift the price toward a level that might stimulate CO2 reductions. (RTCC)

Science: The previous decade was the warmest on land and sea since temperature measurements began in 1850. Rapid melting and thermal expansion of the oceans contributed to a doubling of sea level rise compared to the 20th century average, according to the WMO’s Decade of Climate Extremes report. (RTCC)

Pacific: Rising sea levels and the growing threat of drought are top of the agenda for a 10-day Pacific Island disaster risk management meeting that opened in Nadi, Fiji, this week. (RTCC)

China: Hong Kong and Guangdong held their second meeting of the Joint Liaison Group on Combating Climate Change, creating a roadmap on how the two should tackle climate issues. They discussed the inclusion of organising a technical seminar on the climate projection for the Pearl River Delta Region in the 21st century, focusing on projection methodologies, data analysis and study results. (Ecoseed)

UK: Average energy bills for families are estimated to reach almost £2,000 by the end of the decade – with green charges and VAT increasing prices by 29%, experts claim. The right-wing Taxpayers’ Alliance is calling on ministers to put an end to rising charges caused by Britain’s race to increase the use of green energy, as families continue to struggle with energy bills. (The Telegraph)