MENA: A €400 billion plan to power Europe using solar panels in North African deserts has been thrown into disarray after the non-profit foundation behind the original idea parted ways with the strategic arm set up to help deliver the project. This is due to numerous “irresolvable disputes” with the Desertec Industrial Initiative, the industry group working to deliver the plan to export energy to Europe from North Africa and the Middle East. (Business Green) 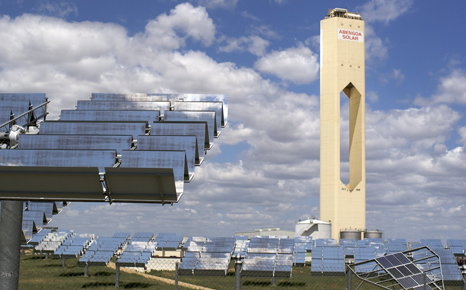 Pacific: Scientists have found a way to forecast El Nino weather events in the Pacific a year in advance, double the current six-month predictions. This should be long enough to let farmers plan better and plant crops less vulnerable to global shifts in rainfall. (Reuters)

Arctic: The Arctic could prove to be a climate time bomb according to early results from a NASA experiment to monitor the release of greenhouse gases from thawing permafrost. The Carbon in Arctic Reservoirs Vulnerability Experiment (CARVE) has been able to fill in the blanks with initial indications creating cause for concern. (RTCC)

Bangladesh: The World Bank is providing $400 million to increase the resilience of coastal populations to tidal flooding and natural disasters in Bangladesh. This funding will benefit 8.5 million people and is expected to improve agricultural development, employment and food security in the country. (IISD)

China: China formally began an investigation on Monday into whether Europe is selling wine in China below cost, a response to escalating trade tensions with the European Union. EU officials have said China is only targeting the EU wine industry in retaliation for a dispute with the European Union over cheap Chinese solar panels. (Reuters)