US: Energy Secretary Ernest Moniz said that coal will continue to play a major role in meeting America’s energy needs despite carbon emissions reduction plans. He said the president embraced traditional energy sources as well as renewables and touted a role for carbon capture and storage. (Huffington Post) 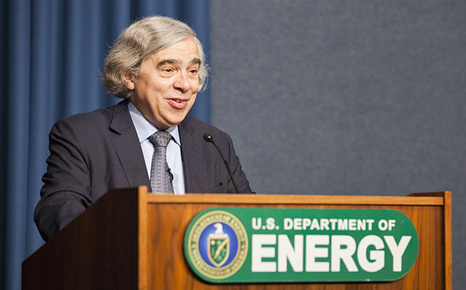 Malaysia: Malaysia has declared a state of emergency in some areas after air pollution from illegal burning of forests and peat lands reached hazardous levels. The Air Pollution Index readings reached more than 750. Any level above 300 is considered hazardous. (Business Week)

World: Up to 83% of birds, 66% of amphibians and 70% of corals have been identified as highly vulnerable to climate change and could be pushed toward extinction unless conservation efforts can save them, say researchers at the International Union for Conservation of Nature. (Yahoo)

Europe: German diplomats to the Irish EU presidency are claimed to have been responsible for freezing a hard-fought deal to cap emissions from Europe’s cars by 2020, set to be rubber-stamped at the European summit, delaying the vote indefinitely. (EurActiv)

World: Governments should set domestic and international targets to combat drought, desertification and land degradation, a panel of experts advised a UN meeting. The call came at the conclusion of a two day session of the UN’s Convention to Combat Desertification. (RTCC)

World: The World Bank plans to stop providing financial support to new coal projects, unless the developments take place in poor countries where alternatives like renewable energy would be too expensive. (RTCC)