UK: The British Geological Survey has said UK shale gas resources may be far greater than previously thought but it is unclear how much could be extracted. Ministers are likely to announce plans for tax incentives to encourage investment in shale gas, and a streamlining of the process to award drilling permits. (BBC/Guardian) 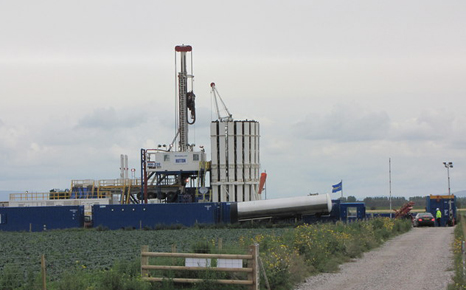 Australia: Climate policy is facing an uncertain future with Julia Gillard’s departure unlikely to abate Labor’s fall in popularity resulting in Tony Abbott becoming Australia’s next prime minister in September. Abbott has been extremely vocal in his opposition to the carbon tax and has promised its abolition if voted in. (BBC)

World: The World Bank plans to cease financial support for new coal power generation projects, except in rare circumstances where there is no alternative energy source or other financing options are available to meet basic energy needs. (Reuters)

World: A UN senior official today stressed that this year will be a “turning point” in how governments view and respond to flooding. According to UNISDR, approximately 250 million people have been affected annually by floods over the last 10 years. (UN)

Pacific: The tiny Pacific Marshall Islands are being inundated by record tides that have engulfed the capital Majuro leading the government to welcome a US emergency response team with the words “welcome to climate change”. (RTCC)

World: New research shows that species in the distant past have adapted to, and colonised, new and increasingly arid desert zones during periods of dramatic climate change. (RTCC)