Speaking to ABC Radio in Australia she said: “It means as an organisation that it’s focused on helping countries end poverty and helping countries build a shared prosperity for the future that we understand that that is not going to be possible. If climate change continues at the rate at which we and the science predict.” 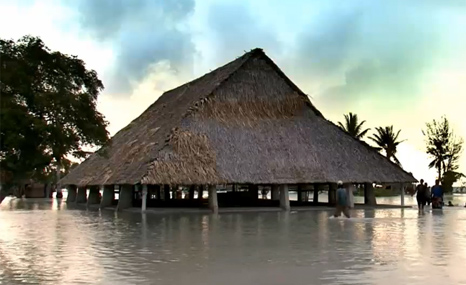 Indonesia: Following its landmark commitment to end all deforestation on natural forest land, Asia Pulp and Paper (APP) has revealed the debt of gratitude it owes to Greenpeace – the campaign group that has spent much of the past decade orchestrating boycotts against the company. (Business Green)

China: Chinese solar power company Suntech is in trouble after failing to repay $541m due on bonds – how the government deals with this situation could have major implications for the global climate challenge (Guardian)

UK: George Osborne has brushed aside concerns over shale gas by committing to an exploration drive in the UK with generous tax breaks for fracking companies and promises to hand financial incentives to local communities. (Guardian)