-Contact us by email or twitter!
-Those on the ground in Qatar can also visit the Climate Change Studio in Hall 4, a collaboration between the UNFCCC and RTCC. Contact the Secretariat to request an interview.

Robin Hood: Young activists from around the world joined with Oxfam this morning to call on countries to adopt a Financial Transaction Tax or ‘Robin Hood’ tax to raise money to tackle climate change. 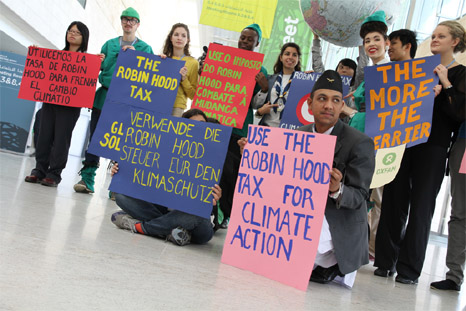 Hot air: Campaigners have stepped up pressure on the so called ‘hot air’ issue, the concept of using carbon credits left over due to economic shifts rather than targeted emission reductions. “The idea of trading in ‘hot air’ must be stopped in its tracks if we are to have even a small chance to slow down global warming. Their failure to act will be shameful and places agreement on KP2 at risk,” said Samantha Smith, leader of WWF’s Global Climate & Energy Initiative. Several negotiators have downplayed the significance of the left over credits however, with the EU and Australia banning the use of the old allowances to meet new targets.

Todd Stern: The US special envoy for climate change has just given his first press conference since touching down. He said there would be no major shift in tone, but did find time to crack a joke about the ongoing spat with the EU over its carbon trading scheme: “We pioneered the market mechanisms in Kyoto [in 1997] against some considerable opposition from the EU…times have changed haven’t they.”

EU press conference: EU climate action Commissioner Connie Hedegaard said on the issue of hot air, it was a case of “formality and the reality”. She also called for the non-Kyoto nations to do more to cut their own emissions. She dropped in a lot of statisitics, This one is topical that last year for every $1 invested in renewable energy subsidies, $6 were spent subsidising fossil fuels.

CO2 record: New research has found that CO2 emissions have reached a record level. The Global Carbon Project, co-led by researchers from the Tyndall Centre for Climate Change Research at the University of East Anglia (UEA) shows that global emissions from burning fossil fuels are now 58% above 1990 levels, the baseline for the Kyoto Protocol. More on this later today…

London calling: Ed King caught up with UK climate change Minister Greg Barker earlier today. Here’s the highlights: “The coalition in Durban between AOSIS, the EU, LDCs and Latins was extremely powerful in terms of a coalition for high ambition, and I think we need to make sure that holds. We can’t allow the perfect to become the enemy of the best available. I’ll be trying to hold that coalition together and make sure we do keep up the pressure for high ambition.”

Mystery announcement: The Qatari hosts have announced a press conference for Wednesday at 0930 featuring the Emir, Ban Ki-moon and Christiana Figueres to discuss a “high-level commitment from the government of Qatar”. Are we going to see the emissions pledge so many have called for?

Fossil fuel subsidies: The International Energy Agency (IEA) has joined the growing number of voices in Doha calling for an end to fossil fuel subsidies. Executive director Maria van der Hoeven said: “Governments must develop sound domestic policies to encourage low-carbon investment, especially in emerging economies where most energy growth will take place. Measures that encourage inefficient use of energy, such as fossil fuel subsidies, must be eliminated.”

Ambition roundtable: EU commissioner for climate action Connie Hedegaard has just given some hints as to the agenda for Wednesday’s ministerial meeting on raising ambition. She has fossil fuel subsidies in her sights as well as energy efficiency, renewables and sorting out the buck-passing on HFCs and other potent greenhouse gases.

Mood: Those looking to take the temperature of the talks this morning need look no further than Venezueluen negotiator Claudia Salerno, who just told the Annex I countries, those with binding agreements under Kyoto, that they may as well “make their own convention without the developing countries”.

Kyoto: Negotiators have largely foregone the day off yesterday to get a number of texts ready for today. The bones of the second commitment period have come together with a new Kyoto text out. We’ll bring you more details on the content when we can.

Heavyweights: Ministers have begun to arrive in Doha with many hoping they will have the authority to guide the talks through many of the roadblocks that emerged last week.

Climate alarm: After the brief excitement of a fire alarm here at the convention centre, attention turned back to the real emergency. Youth activists greeted delegates this morning with the highlights reel of Bill McKibbon’s “Do the Math” tour. 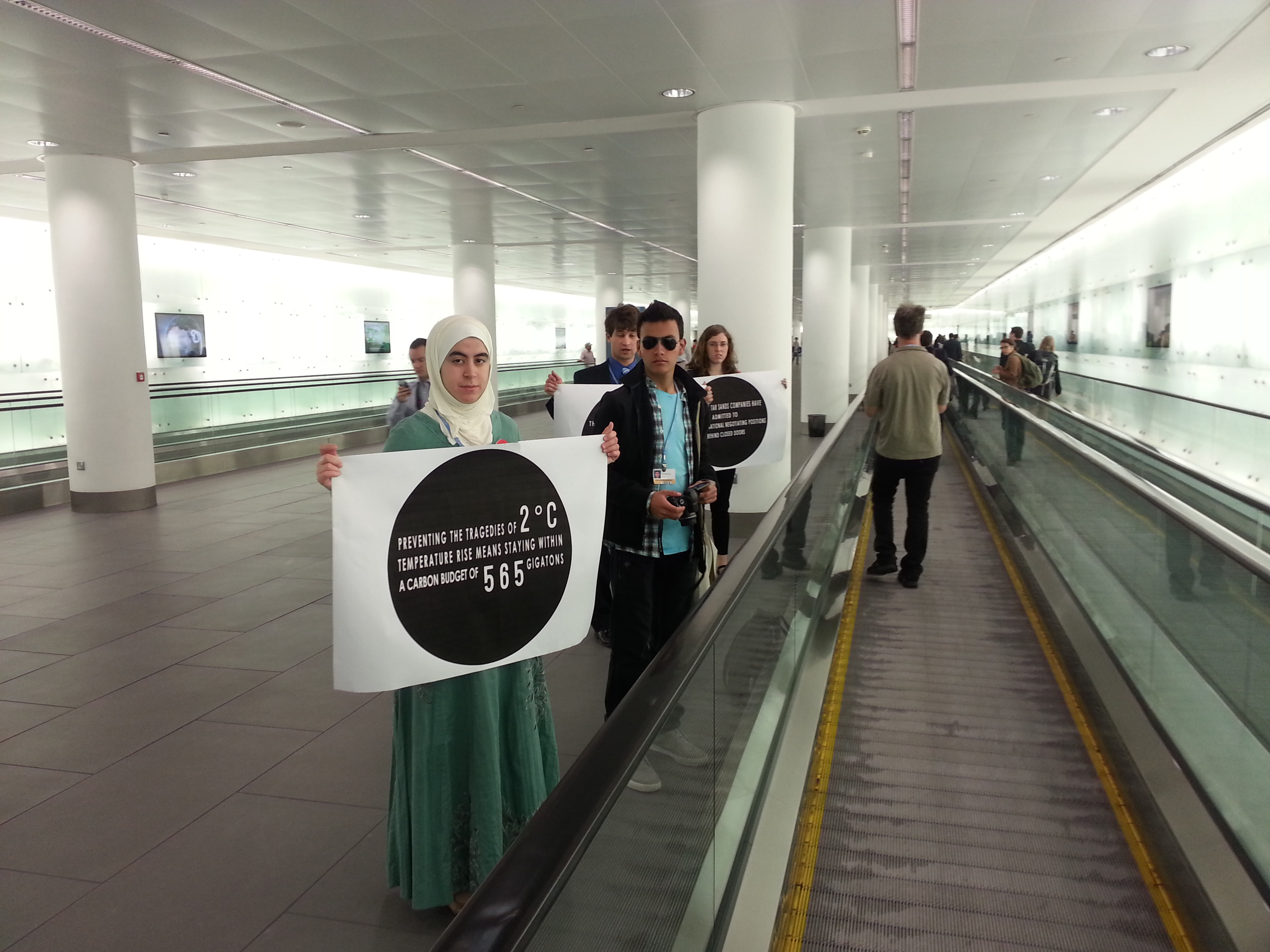 EU: Energy ministers are set to seek guidance from the European Commission on the reform of green fuel subsidies as part of a debate on new post-2020 policy goals, according to a draft document. Set to be debated by member states today, the document calls on the Commission to present “non-binding guidance on the further improvement of national support schemes”. (Reuters)

A coalition of energy companies including SSE, Dong Energy and Acciona also released a statement ahead of today’s meeting calling on European energy ministers to deliver a post-2020 renewables strategy including new binding targets for 2030. (Business Green)

Worldwide: Last month is set to become the 333rd in a row in which the world’s temperature has been warmer than average. (Metro)