1640 Who benefits from exploiting the Arctic’s resources? According to the Energy Bulletin reckons 70% of the gas is on Russian territory. No wonder Russia were so quick to plant a flag on the seabed beneath the ice…

1535 President Obama has announced the fast-tracking of seven massive renewable energy projects that together will be able to provide electricity for 1.5 million homes. The plans include a 5000 acre solar installation in California and a wind project in the aptly named Carbon County, Wyoming.

1450 A deal on aviation emissions should be focussed on cutting emissions, not on extracting as much money from the sector as possible, an industry insider has told RTCC. Taxing aviation is one revenue suggestion for the Green Climate Fund.

1355 The US Department of Defense and the Department of Interior have released details of an agreement that will see the offshore wind and solar power deployments to keep the lights on at military installations.

1221 Donald Trump is likely to be an unhappy billionaire today after plans for an offshore wind testing site announced they wanted permission to install even larger turbines off the coast of Mr Trumps luxury golf resort in Aberdeenshire. Trump upset conservationists when he built the resort on a sand dune complex designated as a site of special scientific interest. It was his turn to protest to planning authorities when an application was received to site the European Offshore Wind Development Centre in Aberdeen Bay. Turbines could now span 198.5m.

1147 RTCC_john: Astrium using some pretty epic hardware on the roads and in the skies to monitor Greenhouse Gases. Keep your eyes open for this bus if you’re in London, the methane sensor on the top of this bus can detect an overflowing bin! They hope to provide a measurement platform capable of policing commitments made through the UNFCCC, full story to come… 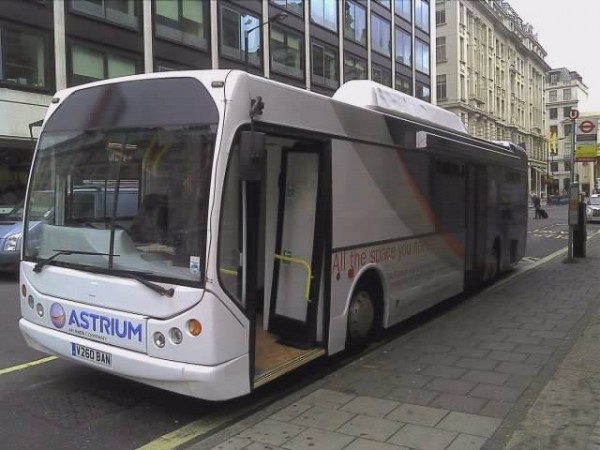 1044 US meteorologist Roger Pielke Jnr (read his wikipedia entry here) has penned an intriguing blog in Foreign Policy which we recommend. He’s very much in the ‘you can’t deal with climate change by crushing economic growth’ camp, and believes that tackling the problem head-on is just impossible – instead we have to pick our battles:

The key to securing action on climate change may be to break the problem into more manageable parts. This should involve recognizing that human-caused climate change involves more than just carbon dioxide. This is already happening. A coalition of activists and politicians, including numerous prominent scientists, have argued that there are practical reasons to focus attention on “non-carbon forcings” — human influences on the climate system other than carbon dioxide emissions. The U.N. Environment Program argues that actions like reducing soot and methane could “save close to 2.5 million lives a year; avoid crop losses amounting to 32 million tons annually and deliver near-term climate protection of about half a degree Celsius by 2040.”

To be fair to Osborne, who has been battling against wind farm subsidies for a while now, he did mention the environment, but not perhaps in the way many ‘greens’ would have liked: “The Government is committed to creating an environment in which innovation can thrive and businesses can grow: that’s why top businesses such as BP are investing in the UK and supporting our world-leading universities in delivering cutting edge research.”

0950 RTCC_john: I’m off for a ride around London on Astrium’s greenhouse gas monitoring bus. What impact will the Olympics be having…

0945 Interesting story from Canada that started brewing last week. A report by its famous Mounted Police, the Mounties, has surfaced describing the increased element of radicalised activists in the environmental movement. The report was assessing threats to the country from sea. Greenpeace and other groups are opposed to the country’s arctic drilling plans.

0845 Africa has the potential to feed not just itself, but other continents too, according to an academic. Dr Martin Baumgart believes this will only be possible however, if developed countries arm it with the technology that it needs to boost productivity.

0835 The former head of the UN’s climate change agency has suggested that he green economy, not binding emission targets, is key for a new global deal to tackle climate change. Yvo de Boer said reducing emissions from industry, particularly in developing countries, would be more effective than setting CO2 caps for governments.

0820 The Ivanpah solar project is taking shape not far from Las Vegas with developers telling the first journalists to visit the site that it has just reached the half way stage. The plant will use thousands of mirrors to bounce sunlight onto a tower that will use the heat to drive a turbine and generate clean electricity. It is part-funded by Google. 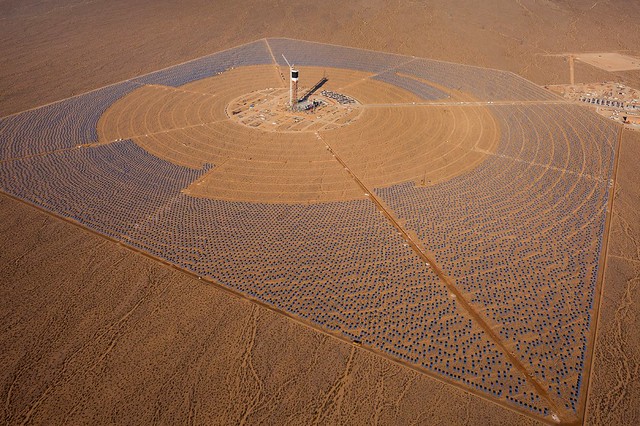 You should always listen to your mother and you should definitely listen to a million mothers. Great post here from the Million Moms Challenge on the Rio+20 outcome.

What the Mars Curiosity rover landing means for climate change. In short, the number of planets we can test our hypotheses on just doubled.