There are fresh calls for the EU to bolster its CO2 reduction targets. European Commission President Manuel Barroso has joined Friends of the Earth (see below) and UK Climate Change Minister Greg Barker in calling for a more ambitious cut of 30%.

The UK launched its centre-piece policy on residential energy efficiency. The much-maligned Green Deal offers loans to home owners to improve the nations creaking housing stock. Unfortunately, with interest rates of 7.5% (compared to 1% in Germany), the fanfare has not reached far beyond Westminster.

Pakistan’s new Ministry of Climate Change has revealed its plans. It believes the country faces an adaptation bill of $14bn each year for the next 40 years.

Scientists in Australia have detected a sharp rise in sea levels. They’ve backed up results from tidal gauges with satellite data to add weight to their estimate of 1.9mm a year. We’re just amazed anyone in Australia can get anything done, we’re still rolling in the aisles at one of the most bizarre TV interviews ever given…

What would happen if carbon dioxide leaked into the ocean from a CCS project? RTCC_tierney investigates…

This escaped a lot of people’s attention given that it happened on the eve of Rio+20, but Senator John Kerry delivered a bruising 54 minute speech on the senate floor on climate change. Brave.

Friends of the Earth Europe has set its sights on German Chancellor Angela Merkel…they want her to push the rest of the EU for a 30% targeted reduction CO2. The current goal is 20%. 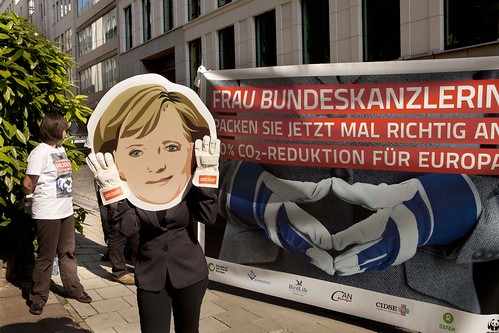