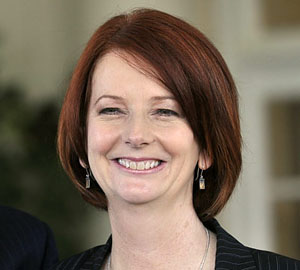 Whatever you do today – check the video at the bottom – 2 mins in. And remember this bloke is a Minister of State.

Suzlon’s chief in Brazil tells RTCC wind power will be cheaper than fossil fuels by 2020.

Australia’s new carbon tax came into effect overnight on Sunday. Big polluters, including city councils and mining firms, will pay A$23 per tonne of carbon they emit. The unpopular policy could cost Prime Minister Julia Gillard her job.

The Colorado wildfires continued to burn at the weekend. President Obama visited the disaster struck area which a prominent scientist saying that the fires were “what global warming really looks like”.

India’s weather forecasting dept says Monsoon rains are 29% below normal for June this year – the BBC reports that the Indian govt are launching a £48m research programme to predict the rains more accurately.

Japan switched on a nuclear reactor for the first time since the tsunami-induced Fukushima accident. The country’s carbon emissions have surged since the disaster which forced it to increase its reliance on fossil fuels.

UK MPs will vote today on a home energy efficiency scheme called the Green Deal. It’s a major plank in the government’s carbon cutting strategy. Buildings account for nearly 40% of UK emissions – as it stands the aim of the policy is to ensure consumers pay nothing upfront – and pay for the work through a levy on their energy bills.

Nature Climate Change are reporting today that climate change could cause Leatherback turtle populations in Costa Rica to collapse by 2100.

Did climate change start the Colorado fires? We recommend this excellent article by David Roberts on The Grist – it’s more complicated than you might think.

Stat of the Day

Website Climate Central have reported that 1,924 daily high temperature records were set or tied in the USA between June 24-30. Despite being summer in the UK, rain is now the big threat after months of much of the country being in ‘drought’. Environment minister Caroline Spelman warned of increased ‘extreme weather events’ at the weekend – and no wonder. June 2012 has been one of the wettest on record.

Australia’s new carbon tax was met with a mixed response, with some commentators predicting the ‘start of a dark time’. But no-one expected this response on air from Australia’s Trade and Industry Minister. Around 2 mins in….just bizarre.