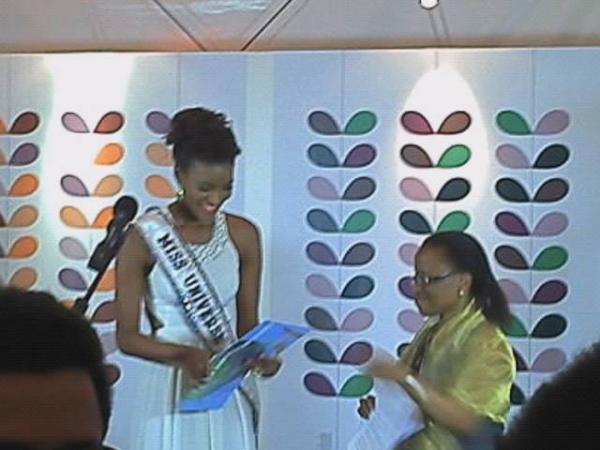 1741 Australia’s PM to attend Rio talks but Env. Minister is a doubt.

Australian #RioPlus20 team say nothing confirmed on whether the Minister will now not come. Prime Minister confirmed for Wednesday-Friday.

1655 Luca Montanarella from the European Commission: “The role of soil in agriculture is well known, but it is also key to ensuring clean water supplies due to its ability as a natural filter.”

1645 More from Thiaw: “My investment tip for anyone with money, would be invest in solutions for arid countries.”

1609 Q&A session begins. An audience member suggests that soil should be considered as a stock rather than a resource. “Resources can be exploited.”

1601 A Peruvian farmer has taken the stand, as well as familiar problems of land degradation, drought/flood cycles, chemical use and climate change, he says that encroaching urban areas are also having an effect.

1555 Eugenio Gonzalez from the Chilean Natural Resources body CIREN says: “If we do not protect soils we’ll struggle to feed our own citizens, let alone the rest of the world’s. Many people will go to the supermarkets, without realizing the problems being faced in the fields.”

1542 One panelist stresses the importance of soil to the Earth’s ecosystem processes: “Soil is like the planet’s blood.”

1532 Are legal requirements on farmers and land owners the way to protect against land degradation or a highway to red tape?

1312 Jacqueline Alder, Coordinator of the Marine Ecosystems Programme, UNEP, talks to Pavilion TV about the progress that has so far been made on the oceans.

1239 Weather mirroring the mood of many milling around the negotiations…storm clouds gathering. 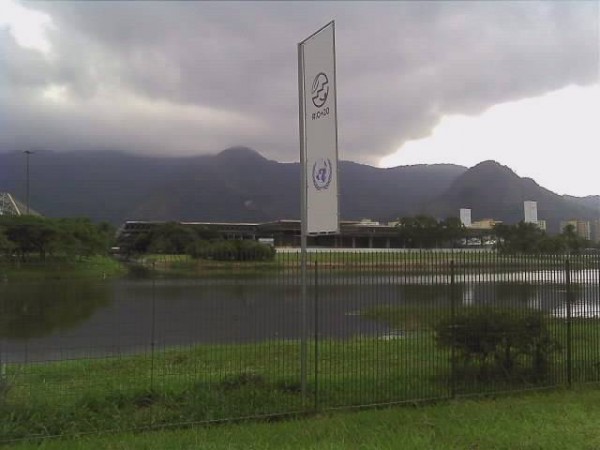 – Desertification is still seen as a domestic issue. Situation now critical. Need a global appreciation of danger
– 1.6 billion extra people on planet since first Rio summit in 1992; food provision is becoming critical
– @UNCCD boss Luc Gnacadja calls for strong text on land management at otherwise we face conflict + famine
– UNFF’s Jan McAlpine: soil is the blood in our planet’s veins. It’s time we treated it with the respect it deserves
– Benin’s Minister for Environment tells us they need more investment and funding in Africa to develop sustainable land strategies

1200 While delegates in RioCentro arrive bleary eyed after last night’s talks…the athlete’s park across the road is buzzing. This is home to UN agencies, international stands, company exhibits and the best coffee in Rio – at the Italy Pavilion – a construction from hemp, cardboard and bamboo.

The #RioPavilion is hosting Desertification Day – focused on sustainable land management, degradation and real debate on what can be done to prevent thousands of hectares of the earth’s surface from becoming unusable… 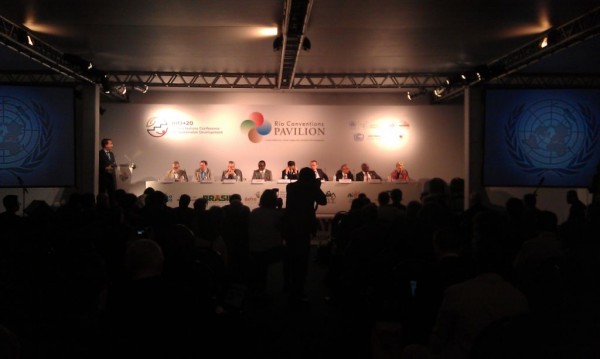 0947 The rumoured upgrade of UNEP, to a more powerful environment focused body within the UN, is also off the agenda at Rio+20.

#OffTheTable point 2: @UNEP will not be upgraded to have a coordinator role and new, higher level status within the @UN. #RioPlus20

0841 At the Rio Conventions Pavilion, the focus turns to deserts today. Desertification is a global problem, not just one for the countries where the deserts are physically located. South Korea is affected by sand storms blowing in dust off degraded land in China.

Land degradation feeds back into climate change, it weakens food security and hinders development. But don’t believe me, the head of the UN’s Convention to Combat Desertification will tell us more later as will a host of experts on the topic.

0839 The fallout from the talks will continue all day, we’re also awaiting responses from the national delegations. Watch out for those as negotiators reconvene.

0825 There’s dismay, anger and frustration in Rio this morning following the release last night of the Brazilian Government’s compromise text for the Rio+20 negotiations. The NGO response suggests largely that they feel the process has been compromised instead.

Govts are set to weaken pledges on boosting access to water & energy after a new draft negotiating text was issued at the Rio 20 meeting. 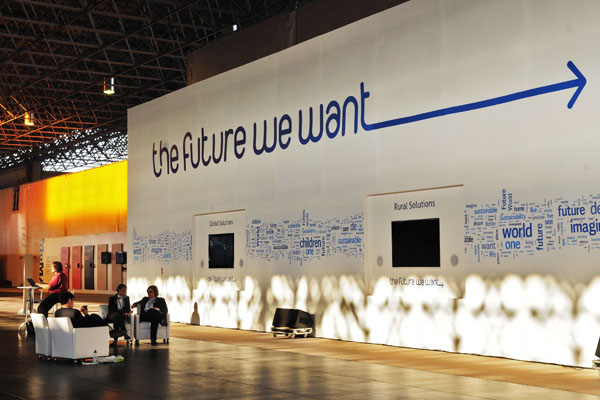 NGOs are adamant that the new draft text does not point the way to a "future we want". (Source: UN/Maria Elisa Costa)