1755 Things are winding down at Rio+20 for the evening. Tomorrow is the final day of the “prep com” meetings designed to settle the agenda for next week when the ministerial level talks begin. So far progress is slow (see 1317) so expect the big push tomorrow.

1630 Interesting perspective from the IISD, is technology slowing down the negotiating process at Rio+20?

1625 RTCC_john: Just been for a walk around the exhibition park with my camera and nearly got hit by the only moving vehicle within half a mile… A hydrogen powered hybrid bus. I was taking a picture and he moved in for his close-up! 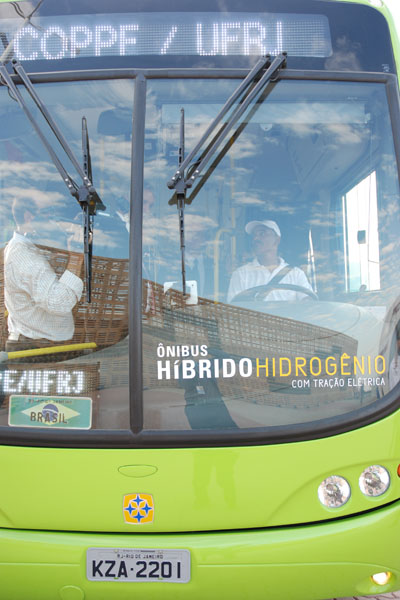 1437 More from Frank Sperling, on education:

“Development requires energy. You can’t read a book without a light. It has to be embedded in Africa’s green development.”

On technology: “Africa has an opportunity to leapfrog directly to efficient, low-carbon infrastructure to address its current infrastructure deficit.”

1430 Frank Sperling, a climate change expert with the African Development Bank, says: “Africa is effectively low-carbon, but that picture is changing as it develops. It has increased its ecological footprint by 240% in 10years.”

1409 Oxfam’s Kate Raworth (of doughnut fame) tells audience in the Rio Conventions Pavilion that all nations should be considered as developing, until they are living within safe environmental boundaries, while raising people into a high enough standard of living.

1317 ActionAid says Sustainable Development Goals might be green-lit in Rio, but defining them looks like a job for another day, based on their observations of the talks so far.

1235 The Nordic Council tells us that it is important that people don’t fall into the trap of preaching rather than discussing the goals of Rio+20.

1223 A new report by SustainAbility’s Regeneration Project says 55% of people worldwide want their government to “play a leadership role in making ambitious international commitments to reduce global poverty in ways that improve the environment.”

Are you listening negotiators!?

1214 Here’s what the Italian Environment Minister had to say when he spoke to us yesterday: “In the end if you look at the reality of the economy we can say that after Rio+20 we should change the format,” he said. “We should start to consider how to join the developed countries and the emerging economies in a common objective to the future of the planet.”

1148 Norine Kennedy, a business veteran of the Earth Summit in 1992 has written a piece for RTCC. “Business people are the optimists and the “doers” this time around in Rio,” she writes. Full piece coming later today.

1119 It was a long old ride into the conference centre this morning. Numbers are picking up now and we’re getting the first glimpses of what the rest of the summit might look like.

It’s a long ride to the #RioPlus20 summit but the views aren’t bad… twitter.com/RTCC_john/stat…

0940 Assuming people can successfully negotiate Rio’s grinding traffic, we’ll have a number of great interviews in the Rio Pavilion studio! BMW will be dropping by, look out later for the Italian Environment Minister’s take on events so far.

0900 It’s Africa and indigenous people’s day at Rio+20. We’ll be bringing you the human rights angle of the sustainability debate during the next few days.

0700 Bondia all. It’s day two of the Rio+20 Summit and crunch time is looming for the last talks on the agenda. We have discovered the key to public transport in Rio is to lower your expectations and accept everything will take twice as long as you first thought, hopefully negotiators won’t choose the same path.