Cartoon #2 – Fishing in the desert 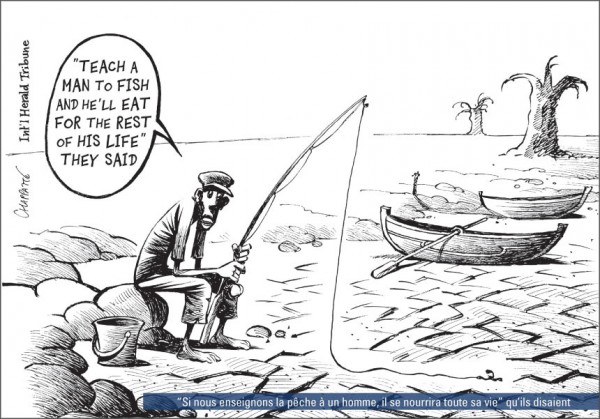 Described as the ‘blue heart’ of our planet, the world’s oceans play an important role in all of our lives.

Covering 70% of the Earth’s surface not only are the oceans vital for cultivating sources of food, sustaining tourism and moving 90% of the world’s trade but they play a valuable role in keeping warming in check and providing breathable air for the planet.

Yet our oceans have been left under protected and overfished.

In 2006 a study predicted that most seafood could be lost by 2048, and while some improvements have been witnessed in the years that followed, today 85% of fish stocks are fully exploited.

As the world prepares itself for the Rio+20 Summit this June, protection of the oceans is set to be a central issue and has already been announced as one of the conference’s critical issues.