Comment: European governments are abandoning a treaty that has become a barrier to climate action, but legal hurdles remain 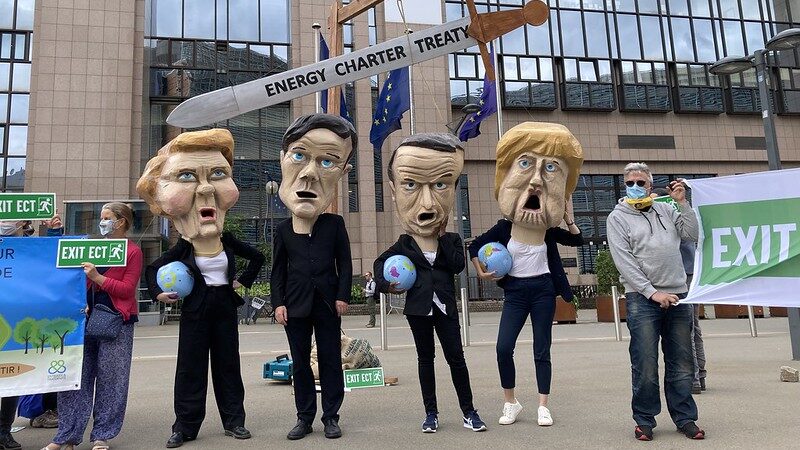 European governments are finally starting to abandon a treaty that could stop them taking much-needed climate action and that protects the interests of fossil fuel companies and investors.

The Energy Charter Treaty (ECT), which has been signed by 53 European and Asian countries, was drafted to protect energy firms in formerly Soviet countries from falling into state ownership and being subject to excessive regulation.

But the ECT has become outdated. The continued protection of fossil fuel investors – and the suing of governments for millions of euros – contradicts the efforts of European countries to curb their emissions in line with the 2015 Paris climate agreement. The legitimacy of the treaty has also come under fire.

European states are therefore exiting the treaty. France announced earlier this year that it was to leave. Spain, the Netherlands, Poland, Slovenia and Germany have since followed. However, with former members bound by the treaty for 20 years after they leave, it could still hamper future climate action unless it is reformed.

International investment agreements protect and promote the investments made by companies from one state in a foreign territory. There are roughly 2,500 such agreements in force today.

Since coming into force in 1998, the ECT has provided the framework for energy cooperation across the European continent by providing the legal basis for open and competitive energy markets. Investors can claim compensation from sovereign states through a mechanism of international law called investor-state dispute settlement if governments breach the investment protections provided by the ECT.

The ECT has allowed energy and fossil fuel investors to receive vast sums of compensation. In 2021, Russia was ordered to pay US$20.5 million (£17.4 million) in compensation to Yukos Capital, an oil company, for expropriation.

While investment protection agreements allow investors to sue sovereign states, the reverse is not possible. The investor-state dispute settlement mechanism was designed initially to protect the foreign investments of western companies from legal changes passed by unstable governments in developing countries. This imbalance of legal rights was thus accepted by western countries.

But as investors can now sue states for violating the terms of the ECT, Europe has increasingly become the target of international investment arbitration. Spain has been subject to 45 disputes under the ECT and has paid more than €800 million (£673 million) in claims.

Europe’s divorce from investor-state dispute further intensified following the US$1.9 billion (£1.65 billion) claim made by Swedish energy firm Vattenfall against Germany in 2009 over delays for permits to operate a coal-fired power plant in Hamburg. The claim triggered public campaigns against the investor-state dispute settlement mechanism.

The European Court of Justice, which ensures that EU law is applied consistently across the EU, have since intervened on two occasions to challenge the compatibility of international investment arbitration with EU law.

Slovakia was ordered to pay €22.1 million (£19.2 million) in compensation to Dutch investor Achmea in 2018. However, the European Court of Justice found that the arbitral tribunal was “not part of the judicial system” of either country. Three years later, they ruled that an ECT based arbitration brought by Ukrainian electricity supplier Komstroy against Moldova was contrary to EU law.

Claims made by investors under the ECT are settled via international arbitration. This is where independent experts – called arbitrators – make an official decision that ends a legal dispute without the need for it to be resolved in a national court.

International investment arbitration was initially regarded as an efficient technique for resolving disputes. But in recent years it has been scrutinised. This is particularly true for the ECT where the independence, impartiality and expertise of the arbitrators have been questioned.

Few of the arbitrators who sit in ECT hearings are public international law experts. But as arbitration is frequently used by companies to solve corporate disputes, there is a large pool of arbitrators with a background in corporate law. This could create bias towards investors in dispute hearings.

Some of the arbitrators also play different roles in different cases. Investors have in some cases appointed arbitrators who have acted as legal advisers for them previously. This raises the question of whether arbitrators can separate these roles and act impartially.

Given these controversies, signatories to the ECT have proposed that it undergo reform. The reform hinges around several key proposals.

The definition of what classifies as an investment and an investor is to be modified to protect the state against dubious disputes. Fossil fuel investments are to be excluded from legal protection by the Treaty and states are to be allowed to regulate energy firms in the interests of climate and public health policy objectives. Any arbitration within the EU that is deemed incompatible with EU law by the European Court of Justice are also to be discarded.

The proposed reforms have so far failed to convince countries to remain party to the ECT. The European parliament has also lobbied European countries to leave international investment dispute treaties and create their own system.

But there are legal hurdles that prevent the departure of EU countries from taking immediate effect. The ECT includes a “sunset clause” which protects the interests of investors for 20 years following a state’s withdrawal. Should a country withdraw from the ECT in 2022, legal protections for existing and future foreign investments would remain valid and further claims can be made until 2042.

There are many uncertainties surrounding the future of the ECT. Yet it is clear that it requires modernisation. But the rush of withdrawals by the same states that drafted the ECT is indicative of the global shift in power relations. Developing countries are not the only targets of investment disputes and developed states are not the only global rule makers.

Leïla Choukroune is a professor of international law at the University of Portsmouth.