German, US cash aims to cut Egypt’s gas use and boost exports 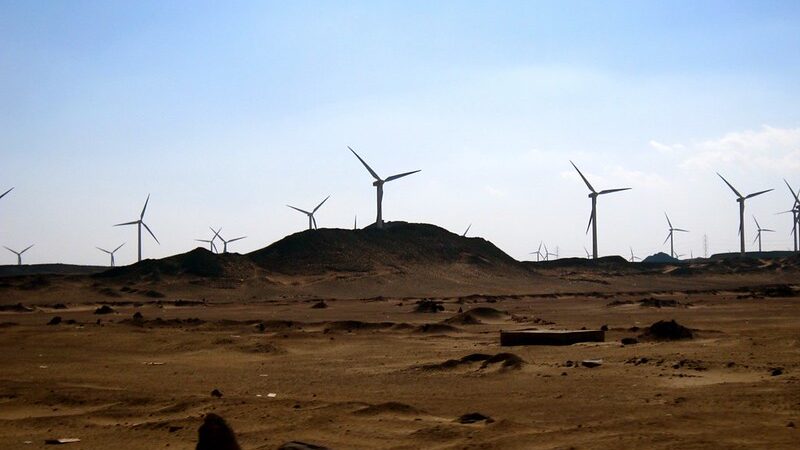 Egypt will replace gas power stations with renewables and consider setting a net zero emissions target after the US and Germany stumped up hundreds of millions of dollars in support.

In a joint declaration with the US and Germany, Cop27 host Egypt said it would bring forward its renewables target, update its climate plan, “explore” a net zero goal and shut down a tenth of its gas power capacity.

To support this, the US and Germany promised to “mobilise” €100m in debt forgiveness, €100m in loans which they said were on good terms and €85m in grants, which don’t have to be paid back.

The US claimed this would “unlock” $10 billion in private sector investment, under the leadership of the European Bank for Reconstruction and Development.

After announcing the partnership at Cop27, US president Joe Biden said: “If we’re going to win this fight, every major emitter and nation needs to align with 1.5C.”

In a statement, the US government said that reduction in gas use would “enhance energy security by freeing up over two billion cubic meters of gas”.

Egypt can export that gas to Europe, which has been scrambling for supplies to replace Russian imports since the latter invaded Ukraine.

Under UN rules, CO2 emissions are counted where the gas is burned rather than where it is produced. Egyptian gas used in Europe will count towards Europe’s emissions. Any methane leaked in the extraction process will go in Egypt’s inventory.

Egypt committed to update its climate plan by June 2023. It will include a 2050 long term strategy and “explore” a net zero target.

Egypt will bring forward its goal to get 42% of its installed electricity capacity from renewables from 2035 to 2030.

Germany’s development minister Svenja Schulze said: “With this announcement, Egypt as host sends a strong signal for more ambition in mitigation to Cop27.”

She added: “I especially welcome that Egypt’s new climate policies will also address the social dimension of transitioning to green economies. Without social justice there will be no successful answer to climate change.”

Some of the debt swap proceeds will go to create new jobs for people affected by the gas plant closures, the German development ministry (BMZ) said.

The programme is called Nexus of Water, Food and Energy (NWFE). In Arabic, this acronym means “fulfilling pledges”.

The food and water components were not immediately clear from the statement. They are likely to relate to making Egypt’s food and water supply more resilient to drought driven by climate change.

Both the US and Germany had raised concerns with the Egyptian government over the imprisonment of political activist Alaa Abd el-Fattah. German climate envoy Jennifer Morgan spoke on a panel at the German pavilion with his sister. El-Fattah remains in prison on a water strike and relatives report the authorities are keeping him alive with “medical intervention”.