Fertiliser prices have risen by 300% since Russia invaded Ukraine, beyond the reach of smallholders, yet philanthropists see them as key to increasing yields 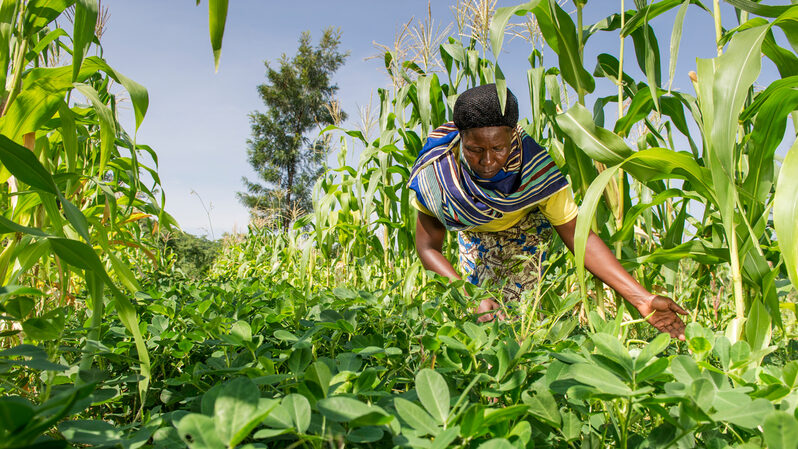 Africa is in the grip of a food crisis triggered by soaring fertiliser prices, extreme weather events and disruption caused by the coronavirus pandemic.

Fertiliser prices have increased by 300% in Africa since Russia’s invasion of Ukraine disrupted supplies. The continent is facing a fertiliser shortage of two million metric tonnes.

It has sparked a lopsided debate over how best to boost resilience among farmers.

African ministers, multinationals and philanthropists at the annual African Green Revolution Forum (AGRF) in Kigali, Rwanda this week see widespread use of fertilisers as key to increasing yields.

Smallholder advocacy networks, on the other hand, say this model has put farmers at the mercy of volatile global markets and worsened food security.

Food prices across Africa have increased by an average of 42% since the start of the Covid pandemic, Hailemariam Dessalegn, chair of the AGRF partners group and former prime minister of Ethiopia, said during the forum plenary. “Africa is likely to be the only hungry continent by 2030,” he said.

Rwanda’s prime minister Eduoard Ngirente, told the forum that “the use of fertilisers, improving seeds and the adoption of smart agriculture, will build resilience and sustainable food security…What we do now impacts tomorrow’s results”.

Gates, AGRA’s main donor, is a fervent supporter of the fertiliser industry. “I’ve never been shy about my passion for fertiliser,” he wrote in a blog post in 2018 after visiting a fertiliser warehouse in Tanzania. “It’s a magical innovation that’s responsible for saving millions of lives from hunger and lifting millions more out of poverty by boosting agricultural productivity.”

In its latest five-year strategy, seen by Climate Home News, AGRA emphasises the use of fertiliser as a pillar of its agricultural transformation. Between 2017 and 2021, AGRA helped “farmers adopt good agronomic practices” by encouraging 75% to use fertiliser. 49% of farmers were encouraged to adopt more resilient seeds.

A 2020 assessment by Timothy Wise, research fellow at Tufts University, concluded that AGRA’s programme was “failing to bring a productivity revolution to AGRA countries”. The programme had fallen short of its goal to double yields, managing a mere 18% increase in staple crop output over 12 years. For three key crops, yields declined: millet, cassava and groundnuts.

Commenting on AGRA’s new strategy, Wise told Climate Home: “There is little indication of a change in focus. Remarkably, the new strategy pays even less attention to farmer outcomes. No concrete goals for productivity improvement, poverty reduction, or increased food security. No apparent plan to measure them.”

Many smallholder farmers are priced out of using fertilisers, Anne Maina, national coordinator of the Biodiversity and Biosafety Association of Kenya, told Climate Home News. “The biggest beneficiaries of this model are the multinationals that sell these fertilisers,” she said.

The Alliance for Food Sovereignty in Africa, of which Maina is a member, says farmers should instead be trained to build soil health using organic fertilisers and compost.

Wise agreed that governments should support a move away from fossil fuel-derived fertilisers.

When the Sri Lankan government implemented a sudden ban on chemical fertilisers and pesticides in April 2021, it caused rice and tea production to fall drastically and food prices to surge. The move sparked a political and economic crisis.

But many Indian states offer a model for gradually shifting to organic methods, Wise said. “The lesson is you can’t go cold turkey… There needs to be a transition process.”

The Rockefeller Foundation told Climate Home it was taking “the views of civil society groups seriously, including those groups who criticise our funding of AGRA.”

“Today our funding focuses on AGRA’s emerging work in regenerative agriculture and agro-ecology,” said Roy Steiner, senior vice president for the Food Initiative at The Rockefeller Foundation. “We appreciate that well-managed and balanced fertiliser use can be an important input to a successful harvest… Our own funding emphasises the use of natural fertilisers, such as through the cultivation of nitrogen-fixing beans, and other biological approaches to improve soil health.”

AGRA and the Bill and Melinda Gates Foundation did not respond to Climate Home News’ request for comment.