Comment: As the planet warms and biodiversity collapses, those encouraging and profiting from the destruction of the Earth must be charged with ecocide 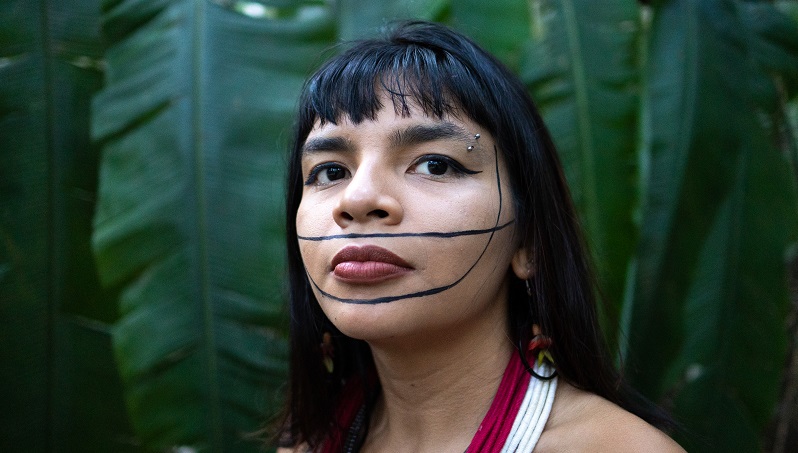 Everything I know and love about nature has been passed down to me from my ancestors.

I am only 25 years old but my people have been living in the Amazon rainforest for at least 6,000 years. I follow our ancient traditions that allow us to live in harmony with nature and protect the rainforest in which we live.

When corporations look at my home in the Amazon rainforest, they don’t see the intricacies of the trees’ roots, the way they weave their way in and out of rich soil. They don’t pay attention to the sound of raindrops as they hit leaves, small and large. They do not see a land capable of sustaining life on Earth, a land that needs protection, a land that is sacred. Instead, they see commodities.

Today, my peoples’ mission to protect nature is becoming impossible. The climate is warming rapidly, the animals are disappearing and the flowers are not blooming like they did before.

And when we try to protect our environment from the powers that be, we are bullied, harassed, and sometimes even murdered.

My childhood friend, Ari Uru-eu-wau-wau, was murdered for protecting the forests from illegal loggers, farmers and miners. His story is shared in a documentary I helped produce called The Territory. It was co-produced by the Indigenous Uru-Eu-Wau-Wau people and chronicles their struggle to defend the land on which Ari and his ancestors have lived for millennia.

The murder of British journalist Dom Phillips and indigenous expert Bruno Pereira in the Amazon is not an isolated case. It’s a tragedy that there are so many other cases like this..

My husband is also a journalist based in the Amazon and he has received death threats for reporting on illegal activities. My father, my mother and so many of my friends also face regular intimidation and threats for defending their ancestral land.

The justice we are calling for extends beyond those holding the guns that are killing Earth defenders. We want Brazil’s leaders whose actions or lack thereof, are allowing this violence to go rampant, to be held to account too.

Since President Jair Bolsonaro took office in Brazil three years ago, his administration has made it a priority to weaken environmental protections. The government agency supposed to protect Indigenous Peoples’ rights, was turned against us. This has resulted in grim records for deforestation in Brazil.

Despite the  government’s pledges at  Cop26 to end and reverse deforestation by 2030, the Brazilian Amazon saw a 64% jump in deforestation in the first three months of 2022 compared to the previous year – which was already up from the year before that.

Although international  pressure from companies and countries which buy agricultural products from Brazil has increased, we cannot ignore the fact that several multinational corporations are still profiting from the anti-environment and anti-indigenous legislation being pushed in Brazil.

That’s why my father, the great Chief Almir Suruí, together with Chief Raoni Metuktire of the Kayapo people, presented a formal request to the International Criminal Court in The Hague last year to investigate what is happening in Brazil. They are demanding that those responsible are held accountable for crimes against humanity.

As we wait for a decision, we wonder: will our  evidence be taken seriously? Will the countries that promised to uphold human rights and protect the Earth keep their word? How many more will be killed in a senseless war on the environment and those who protect it before things change?

And much like we must protect  peoples’ rights, we need to defend the ecosystems that support us. This is why I am calling on the international community to request the International Criminal Court to recognise the crime of ecocide. Courts around the world have long claimed that they want to fight environmental crime. Now they have the chance to turn their words into actions and recognise the attacks against my home in the Amazon for what they are: ecocide.

I ask world leaders, especially from the Global North: Have you given up living on Earth? Why do indigenous peoples have to protect more than 80% of the world’s biodiversity with so little support while the rich dream of  colonising other planets?

The mistakes that have brought us to this climate crisis are a heavy burden. But you cannot run away from it. We can still fight! Join us and support indigenous land defenders.

I have been raised with the understanding that in order to live harmoniously on this planet we must listen to the stars, the moon, the wind, the animals and the trees. We must listen to the Earth. She is speaking and her message is clear: we have no time to waste.

Txai Suruí is an Indigenous leader and activist from the Brazilian Amazon. She leads the Rondônia Indigenous Youth Movement and the Kanindé Association and is the executive producer of the award-winning documentary The Territory.