With five months to the critical summit, a “Paris Agreement for nature” is floundering as finance and political leadership fall short 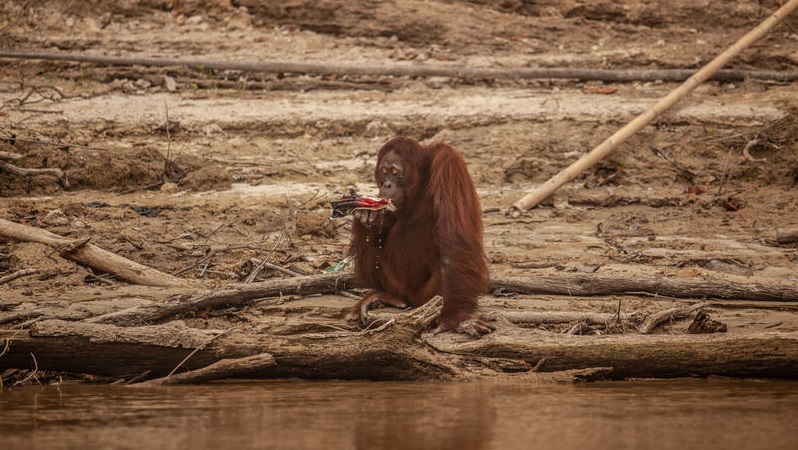 Talks on a global deal to protect nature this decade risk ending without an agreement unless political leaders take charge, conservation groups have warned.

The fourth round of negotiations to agree on an international framework to halt the destruction of the earth’s ecosystems ended in Nairobi, Kenya, on Sunday, with virtually no progress being made.

“It’s a bleak picture,” Brian O’Donnell director of the Campaign for Nature, told Climate Home News. “Negotiators resorted to technical bickering rather than aligning on ambition. There has been no discernible movement on the most important issues.”

The meeting was the last planned before negotiators meet at Cop15 in Montreal, Canada, from 5-17 December, to finalise the agreement which has been widely billed as the “Paris Agreement for nature”.

But four years since the start of the process, the biodiversity pact barely registers on the international agenda, as governments wrangle with the coronavirus pandemic, Russia’s war on Ukraine and soaring inflation.

Eight conservation groups have urged UN chief António Guterres to convene political leaders to “step in and help get it done” in an open letter. “We must sound the alarm that this process has reached a crisis point,” they wrote.

The summit was initially scheduled to take place in October 2020 in Kunming, China, but has been repeatedly delayed by the pandemic and eventually relocated to Canada because of Beijing’s zero-Covid policy.

“Cop15 is the least well-prepared major environmental conference in recent memory,” said Li Shuo, of Greenpeace East Asia, who has been tracking the talks under China’s presidency.

The draft agreement on a biodiversity deal includes four goals and 23 proposed targets. The meeting in Nairobi was supposed to narrow options and identify common ground for an agreement in Montreal.

Instead, parts of the text became even more complicated. The latest draft shows that all but two of these goals and targets remain in brackets, which means they are disputed.

This leaves ministers, who don’t have technical expertise on each of the contested issues, with a huge task.

Unresolved issues include the rights and roles of indigenous peoples and local communities, a proposal to protect 30% of the planet’s lands and oceans by 2030, and how much funding rich countries will pledge to help poorer ones meet their nature goals.

Finance is critical to an ambitious deal.

Developing countries have called for $700bn annually to restore nature. NGOs tracking finance commitments from countries, philanthropies and companies have counted $5.2bn annually in pledges as of March this year – “substantially more than what has been done in the past but woefully short of what is needed,” said O’Donnell.

Wealthy nations have avoided the conversation in Nairobi altogether. While developing countries want funding to come through development aid channels, richer ones sought to shift the conversation away from their own budgets, and proposed that cash could come from redirected harmful subsidies and the private sector.

One proposal suggests that $500bn should come from subsidy reforms and the remaining $200bn be raised for conservation action.

Brazil has been accused of blocking the overall ambition of the deal, in line with president Jair Bolsonaro’s enthusiasm for opening the Amazon rainforest to business. But that shouldn’t deflect from other countries’ responsibilities, said Greenpeace’s Li, who described “systematic” problems with the way the talks were run that go beyond a single party.

For example, unlike in the climate negotiations, countries rarely organise into negotiating blocs, leading to long and repetitive statements in plenary sessions. A lack of political direction means negotiators have no power to broker compromises. “Biodiversity seems to be left as an orphan on the global stage,” said Li.

And yet, the stakes are high. In 2019, the world’s leading scientific body on biodiversity known as Ipbes, published a landmark assessment on the state of nature. It found that “nature is declining globally at rates unprecedented in human history” and “around 1 million animal and plant species are now threatened with extinction, many within decades, more than ever before in human history”.

Climate change is a key factor behind these losses, along with localised drivers like pollution and deforestation.

To break the deadlock, the UN Convention of Biological Diversity bureau suggested holding a three-day meeting of negotiators before the December summit. There has also been talk of informal regional discussions.

Without a change in approach, observers were skeptical this would achieve anything.

Despite the ominous signs, UN biodiversity head Elizabeth Maruma Mrema told the closing plenary “significant progress” had been made during the talks and that “a new global framework for nature and a beacon of hope for humanity is coming into view”.