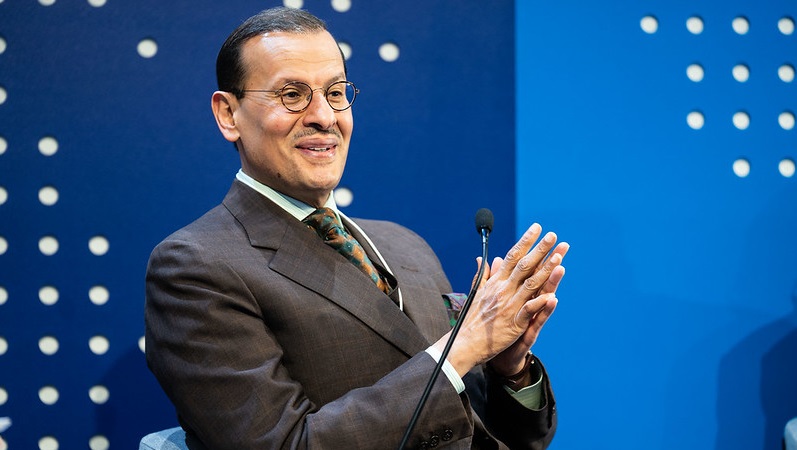 Saudi Arabia is touting hydrogen exports as a win for the climate and gender equality, as the petropower seeks to diversify its economy away from oil.

Energy minister Abdulaziz bin Salman told the online World Economic Forum this week the kingdom was pursuing blue, green and pink hydrogen development, the colours representing the way it is made – some cleaner than others.

He said the EU was interested in green hydrogen, made with renewable electricity, and joked that pink – to be generated with planned nuclear power plants – was of particular interest to women in the industry.

“We are recruiting, by the way, young Saudi ladies that are happy to see the pink coming along,” said bin Salman. “We have started being very conscious of taking care of our female new recruits and new cadets. We’re becoming an extremely well emancipated society.”

However the bulk is likely to be blue, made from methane gas and emitting carbon dioxide in the process, some of which may be captured and stored.

“We will have a field day with blue hydrogen because again, we’re the cheapest cost producer of gas,” bin Salman said. “We’re doing a huge investment in shale gas in Saudi Arabia and we will be dedicated to have that gas to be used for producing blue hydrogen.” 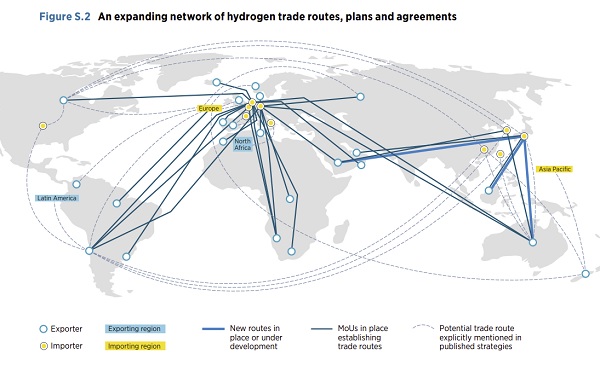 Likely future importers of hydrogen are in yellow with exporters in blue (Photo: Natural Earth)

Hydrogen can be burned to power processes like steel-making or propel planes and ships. While it’s currently expensive and not widely used, many analysts see it as a clean fuel of the future, particularly for applications that cannot be easily electrified. How clean depends on how it is made.

Europe and East Asia are likely to need more hydrogen than they can produce and Gulf nations are well-placed geographically to export through ships or pipelines.

Bin Salman said that he had discussed exporting green hydrogen to the EU with the European Commission’s vice-president Frans Timmermans. Saudi Arabia is developing a $5bn green hydrogen plant in its new megacity of Neom, which is due to start running by 2025.

E3G hydrogen analyst Lisa Fischer said the EU is developing guidelines on what constitutes “low-carbon” hydrogen and blue hydrogen, particularly if it comes from fracked shale gas, is likely to be excluded.

The other big hydrogen market is East Asia, which is more likely to accept blue hydrogen. Saudi Arabia is in hydrogen talks with South Korea and Japan.

Saudi Arabia’s electricity has always come almost entirely from oil and gas but it is now planning to ramp up renewables and to build two large nuclear power reactors for power and smaller ones to power taking salt out of sea-water.

With its abundant gas reserves and sunshine, the kingdom is well placed to produce both blue and green hydrogen cheaply. Its competitive advantage in nuclear power is less clear.

There are no female government ministers in Saudi Arabia, women take up just 7% of managerial roles and earn a quarter of a man’s income on average, the report found.

Green hydrogen creates jobs in production of renewable energy and electrolysers, and can support industries like fertiliser production.

Those jobs would help Saudi Arabia transition away from oil and gas while keeping its public on side, Fischer suggested. “If you don’t have that many rents any more from your fossil fuels then you need some other way of keeping people happy, to manage the politics.”