Many Asian countries see gas as a “transition fuel” away from coal, while Brussels is urging the region to go straight to renewables 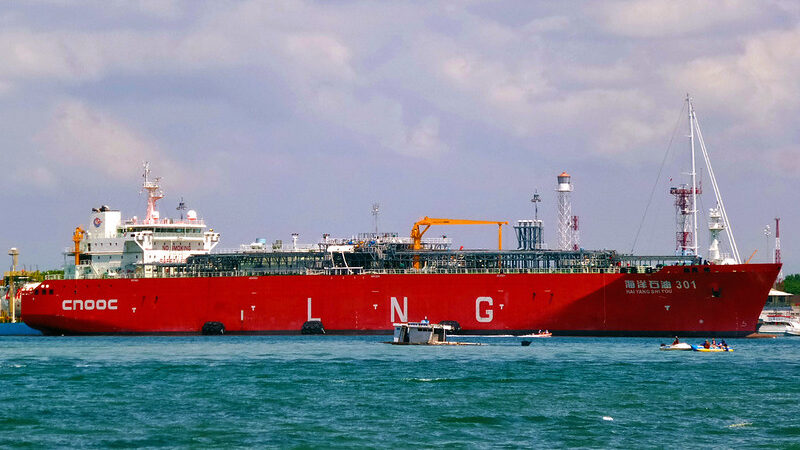 The role of gas in Asia’s energy mix is coming under scrutiny at the Asian Infrastructure Investment Bank (AIIB), as EU climate diplomacy clashes with national strategies.

The EU is urging the Beijing-based multilateral development bank, which has 103 member countries, to end finance for methane gas projects and avoid locking in further greenhouse gas emissions.

But demand for gas is soaring in southeast Asia and Asia, with many countries seeing it as a “transition fuel” away from coal.

“Our energy policy is up for review. Some of our board members feel that we should avoid gas totally, but some countries still demand funds for it,” AIIB vice president and chief investment officer D J Pandian told Climate Home News. “European countries want us to stop investing in such projects.”

In recent years, Asian countries have seen gas as a cleaner alternative to coal, as it emits less carbon dioxide when burned. Analysts at Wood Mackenzie forecast Asia will account for 60% of the global gas demand increase between 2020 and 2050.

The novel coronavirus pandemic has further strengthened the demand for gas in Asia, with LNG imports shooting up by 6 Mt in 2020.

China and India have plans to increase the share of natural gas in their primary energy mix 12% and 15% by 2030, respectively. Under such a scenario, ending finance to new gas projects could strip the bank of an investment opportunity.

AIIB, known for its “lean, clean and green” slogan, has disbursed $5 billion in loans for energy-related projects, with the biggest share of $2bn (42%) allocated to gas transmission and distribution projects and $180m (4%) for gas-fired power plants.

Only 25% of the budget was invested in renewable energy projects. The bank has not funded any coal-fired power plants.

Comment: Ending energy poverty need not come at the expense of a safe climate future

“Southeast Asia and Asian countries haven’t even transitioned into natural gas, and there is already a pressure to pull out from it. At present, renewables are cheap in India; hydrogen is not,” said Hemant Mallya, senior program lead, New Delhi-based Council on Energy, Environment and Water (CEEW).

If the gas is squeezed out from the energy mix, he warned, governments could revert to coal. China is still building new coal power plants, for example, with a typical life span of 30-40 years. And China ramped up coal mining to generate more electricity in provinces facing power shortages in recent months.

Some of AIIB’s gas project investments, such as $500 million to support the Beijing-Tianjin-Hebei Low Carbon Energy Transition and Air Quality Improvement Project, claim to have reduced toxic air pollution in parts of the country.

“Right now, developing countries are not at a stage to phase out natural gas from their energy mix, and pressure from the EU to do so sounds unjustified,” added Mallya. “It’s a dichotomy that EU, which is supporting a gas pipeline in their region, is opposing natural gas investment in other parts of the world.”

The AIIB has invested $600 million into the 1,850 km Trans-Anatolian Natural Gas Pipeline, part of the $40 billion Southern Gas Corridor built to transport gas supplies Azerbaijan to the EU. The pipeline will reduce the bloc’s reliance on Russia for gas supply.

Methane pledge: Over 100 countries join but China, India, Australia and Russia stay out

But Bruce Robertson, energy finance analyst at the Institute for Energy Economics and Financial Analysis (Ieefa), said gas is expensive, polluting and should not be seen as a transition fuel for developing countries.

“The natural gas is problematic and very expensive fuel for generating power and doesn’t suit the needs of the third world power source,” he said. Renewable energy is much cheaper if the developing countries get the right grid infrastructure in place, he said.

According to Ieefa, the way forward would be eliminating financial incentives for fossil fuels and preventing transmission losses of energy produced by renewables by constructing smart grids and ultra-high transmission lines.

While gas is cleaner burning than coal, there is increasing awareness that methane leakage when gas is produced and transported drive further global heating.

Data analysis by the International Energy Agency shows the gas sector is responsible for 45Mt of methane emissions globally, with 39Mt coming from coal and 39Mt from oil.

Among the top ten methane emitters, India, China, Iran, and Russia did not join the pact.

“China and India are rapidly expanding in terms of electricity demand, so they don’t want to reduce any energy source,” said Robertson. “But the world has to phase out gas soon to meet international climate targets.”

The AIIB is not yet ready to end gas finance, Pandian said: “We cannot neglect gas totally…

“For now, we will definitely increase our funding for renewable energy to assist governments’ transition to clean fuel.”