As world leaders meet to talk energy in New York, 200 green groups are urging them to embrace renewables and stop financing fossil fuels 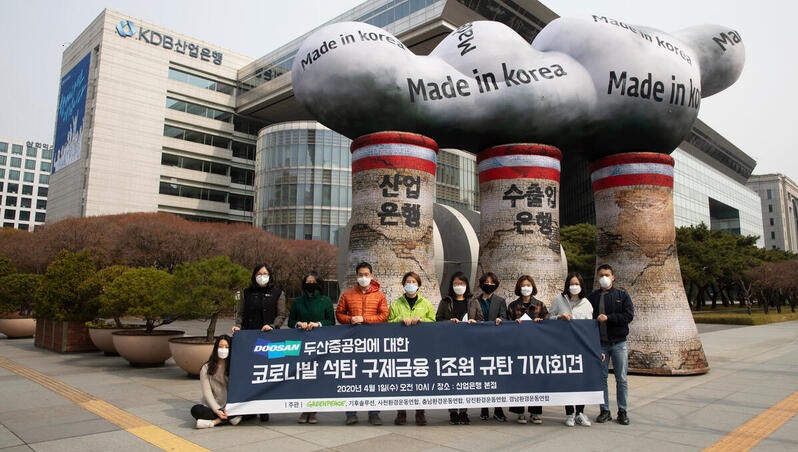 As world leaders prepare to discuss the energy transition at the UN, hundreds of green groups are calling for an end to international public finance for fossil fuels.

In a statement, over 200 organisations from over 40 countries said renewables are cost competitive with fossil fuels and can meet the global south’s electricity and clean cooking needs.

It comes as heads of state and ministers meet leaders from business, finance and civil society in New York. The goals of the “high level dialogue” are to agree a roadmap to achieving “clean, affordable energy for all” by 2030 and share action plans.

Climate Action Network International’s executive director Tasneem Essop said in the statement: “Pumping more public money into oil and gas projects in countries that are already bearing the brunt of the  climate crisis will risk locking in stranded assets, burdening global south countries with further fiscal debt and will increase the threat of runaway climate change.”

In 2017/18, the G7 collectively spent more on fossil fuel finance than on climate finance, according to analysis by Oil Change International. They allocated nearly $40bn that year, with Canada and Japan the biggest spenders.

As revealed by Climate Home News in January, a Japanese state-owned bank has used funds intended for “environmental preservation” to support coal power plant in Vietnam. 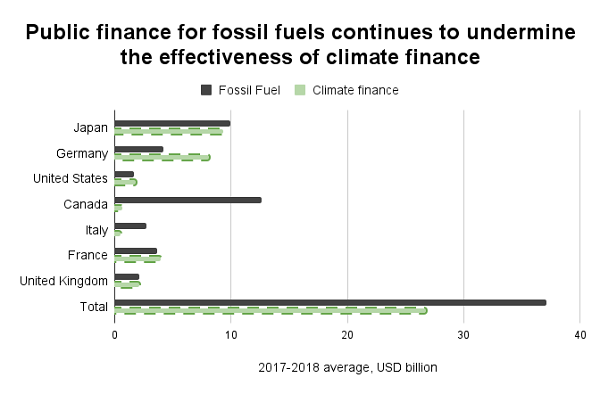 Since the Paris Agreement was signed, G20 countries’ export credit agencies have provided 14 times as much support for fossil fuels as clean energy.

The campaigners’ statement aims to add momentum to moves recent away from fossil fuel finance in the build-up to Cop26.

Over the last few years, the UK, US and EU countries as well as multilateral banks have made moves to restrict fossil fuel finance.

In December 2020, the UK became the first major economy to announce it would end public finance for oil and gas abroad. That was followed yesterday by UK Export Finance committing to go net zero by 2050, in line with domestic ambition.

Also in January 2021, the EU foreign affairs council, which includes all EU member states’ foreign ministers, agreed to discourage further investments in fossil fuels outside of the EU.

France, the Netherlands, Denmark and Sweden have also made moves to restrict their fossil fuel finance.

The European Investment Bank says it will end its support almost all oil, gas and coal by the end of the year and the Asian Development Bank has drafted a policy which would exclude coal.

Oil Change International finance campaigner Laurie van der Burg said: “The UK promised to lead efforts to collectively shift public finance out of fossil fuels and to clean energy. We are looking at  Alok Sharma to deliver on this promise by Cop26.”