Climate scientists were shocked by the recent lethal heatwaves in western Canada and northwestern US, which exceeded all global heating predictions 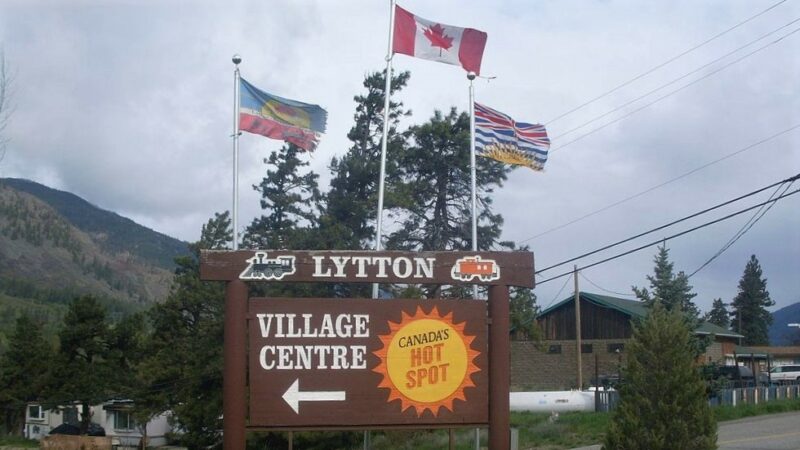 Lytton, British Colombia, which was largely destroyed by fire after a spell of record-breaking temperatures rising to 49.6C (Pic: Andybremner2012/Wikimedia Commons)

Climate scientists have warned the world is already experiencing extreme heat events that were only predicted to occur on a much warmer planet.

The extraordinary heat that engulfed the north west of Canada and the US last week broke temperature records by several degrees, with temperatures settling above 40C for days and reaching 49.6C in the village of Lytton, Canada.

Shortly after, Lytton was destroyed in wildfires. In Western Canada, nearly 500 people are estimated to have died and experts expect the death toll to rise.

Without the influence of human-caused climate change, the heatwave would have been “virtually impossible”, according to a rapid attribution analysis by an international team of 27 leading climate scientists that worked around the clock to publish the study.

Climate change, they found, made the heatwave at least 150 times more likely to happen – with such extreme heat not occurring under current statistical analysis.

The findings have prompted scientists to question their understanding of climate change’ impact on heatwaves, which could lead to some climate models having to be revised.

Friederike Otto, of the Environmental Change Institute in Oxford University, one of the study’s author, said climate science had been “a bit complacent” on how it understands heatwaves.

Using observations and computer stimulation, scientists compared the past climate in the area covering Portland, Seattle and Vancouver with current trends after global warming of around 1.2C since the late 19th century.

They found that temperatures during last week’s event were so extreme that it was difficult to estimate with confidence how rare the event was but suggested it equated to a once in a thousand year event in today’s climate.

Geert Jan van Oldenborgh, of the Royal Netherlands Meteorological, another of the authors, told reporters the heatwave shattered previous temperature records by up to 5C – “an extraordinary event”.

“As comparison, here in the Netherlands we were really shocked when the previous record was broken by 1.8C and this is more than double that.”

The heatwave, Van Oldenborgh said, is “both a major disaster and weather event but also a major scientific challenge to understand what happened”.

He said the state of climate science in 2020 would have shown the heatwave to be “basically impossible” and more research was needed to understand how it came about and whether such an event could happen in other parts of the world.

“It’s rather shaking that our theoretical picture of how heatwaves behave was broken so roughly,” he said. “We are much less certain about how climate [change] affects heatwaves than we were two weeks ago.”

The authors of the paper identified two possible explanations for the extreme jump in peak temperatures observed in North America.

The first is “really bad luck” and that, albeit exaggerated by climate change, this remains a very low probability event. However, in a future world with 2C of global heating, such an extreme heatwave could happen once every 5 to 10 years, the study found.

An alternative explanation is that the climate system in that area has crossed a threshold that increased the probability of such extreme heat far beyond the gradual hike in temperatures peaks that have been observed so far.

Under this scenario, record-breaking heatwaves like last week’s event are already more likely to happen than climate models predict – something which the team of scientists say requires further investigation.

“This is such an exceptional event that we can’t rule out the possibility that we’re experiencing heat extremes today that we only expected to come at higher levels of global warming,” said Otto.

If this second scenario proved to be correct, it may lead to the revision of climate models.

If an essential climate process is missing from the current climate models, these will “definitely have to be improved,” said Van Oldenborgh.