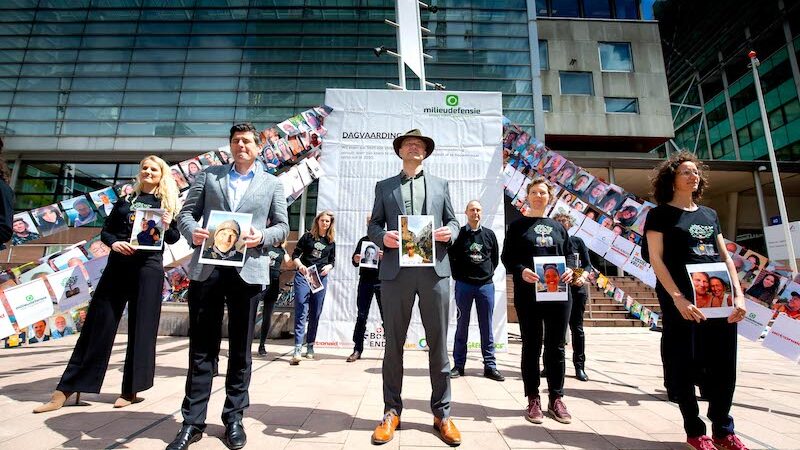 Climate campaigners stand outside the district court in the Hague ahead of the landmark ruling ordering Shell to slash its emissions. (Photo: Bart Hoogveld)

“Big polluters beware”. That’s how one campaigner summed up the landmark ruling this week finding Shell the first company legally liable for its contribution to the climate crisis.

The judgement by a court in The Hague sets a significant precedent that companies, not just countries, have a duty to align with the Paris Agreement.

By ordering Shell to cut its emissions 45% by 2030 in line with global climate goals, the judge handed campaigners the tools to unleash a series of lawsuits against the fossil fuel industry.

The ruling makes clear that Shell is responsible not just for cutting emissions from its own operations, but from the use of its products as well. While the judgement didn’t rock Shell’s shares, it certainly would have set alarm bells ringing in the company’s head office as it works out the implications.

For Harro van Asselt, a professor at the University of Eastern Finland Law School, the conclusion is clear: Shell has to reconsider its fossil fuel production plan.

The company has vowed to appeal the decision — setting in motion a legal battle which could drag on for many years. For now, the verdict sends a warning to boardrooms around the world to take stock of the Paris accord.

Investors are ramping up pressure on big oil to take meaningful steps to cut their emissions. Shareholder revolts over climate action took Exxon Mobil and Chevron’s annual general meetings by storm this week.

Meanwhile in the EU, Portugal is proposing the bloc allows methane gas pipelines to remain eligible for EU funding until the end of the decade in a bid to woo support from Eastern leaders. 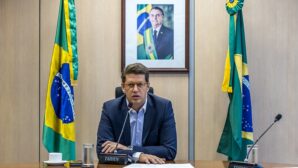