Governor Gavin Newsom has ordered a plan to phase out oil and gas production in California by 2045, but the industry won’t go down without a fight 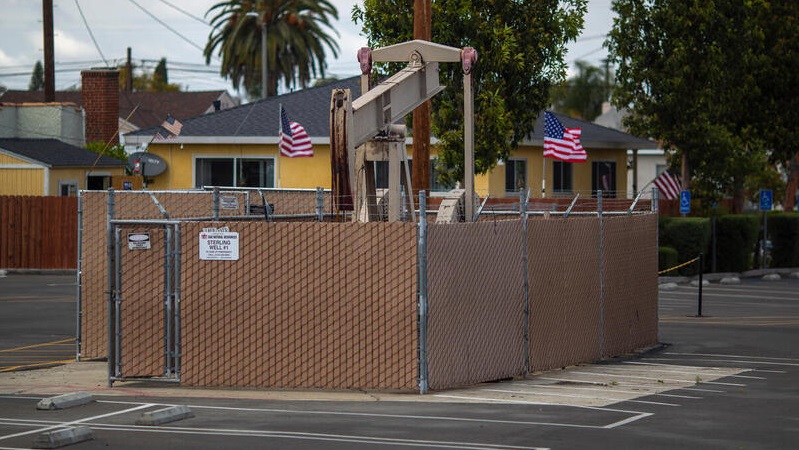 With his oil derrick in flames and his son seriously injured, Daniel Day-Lewis turns to a colleague and asks: “What are you looking so miserable about? There’s a whole ocean of oil under our feet. No-one can get at it except for me!”

There Will be Blood is set, not in the Arabian Gulf, but in Southern California during the turn of the century oil boom which helped turn a remote desert state into the $3 trillion economy it is today.

From 2045, what’s left of California’s “ocean of oil” will stay underground, if governor Gavin Newsom gets his way.

At the same time he “requested that the California Air Resources Board (CARB) analyse pathways to phase out oil extraction across the state by no later than 2045”.

“As we move to swiftly decarbonize our transportation sector and create a healthier future for our children,” he said, “I’ve made it clear I don’t see a role for fracking in that future and, similarly, believe that California needs to move beyond oil.” 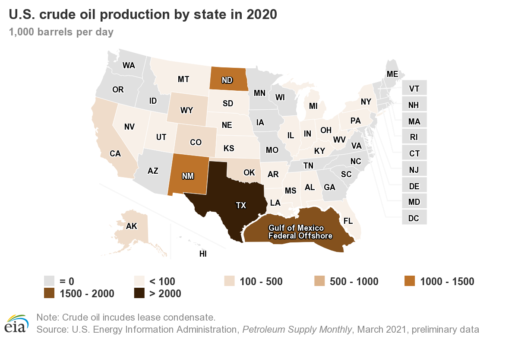 But the fossil fuel industry won’t go down without a fight.

Robbie Hunter, president of the Building and Construction Trades Council said the proposed oil phaseout would “bring about the loss of tens of thousands of good, middle-class, blue-collar jobs and double the cost of gasoline and diesel, adding more weight to the backs of already struggling California families”.

Attacks like these may explain why Governor Newsom has blown hot and cold on regulating the industry, despite his ambitions for climate leadership.

In 2019, he imposed a moratorium on new fracking permits. The next year, his administration began issuing them again. Then he called on lawmakers to bring him legislation banning fracking.

When senators Monique Limon and Scott Wiener did so in April 2021 though, the legislation failed. “Governor Newsom did nothing to help it,” said Matt Krogh, Stand.earth’s oil and gas campaign director.

Environmentalists welcomed the latest promise to act but, with both fracking and oil extraction, asked: why wait?

“As such a small percent of California’s crude is produced using fracking and it’s so damaging, there’s really no compelling reason not to stop permitting fracking [straight away]” rather than in 2024, Krogh said.

On the oil and gas phase-out, Senator Limon told Climate Home News that while “a date is better than none, there is definitely disappointment from environmentalists that it wasn’t earlier than 2045” given the climate impacts California is enduring.

The 930,000 people Limon represents around Santa Barbara, who include Prince Harry and Meghan Markle, are concerned about more frequent and worse wildfires and sea level rise and coastal erosion threatening coastal homes and the scenic Pacific Coast Highway, she said. 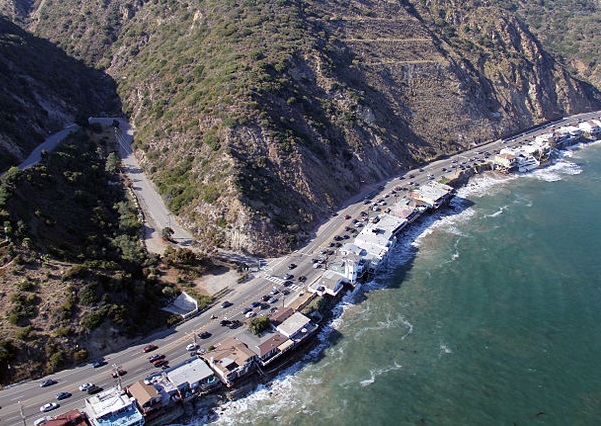 The Pacific Coast Highway and homes are under threat (Photo: JCS/Wikimdia)

Rajinder Sahota, deputy executive officer of climate change and research at CARB told Climate Home News they would be looking to reduce supply in lockstep with demand, so the state did not become more reliant on imports. They were unlikely to recommend an earlier end date than 2045, she said.

The report is due to be published in late 2022 and implemented by CARB, empowered by new legislation if necessary.

While looking forward to – eventually – quitting oil, Newsom was silent on a number of environmental justice concerns in the here and now.

For one, there is no move to tighten regulation on refineries. Andres Soto, an organiser for Communities for a Better Environment (CBE), grew up a mile and a half downwind of Chevron’s enormous refinery in Richmond.

His family has suffered more than its fair share of illness and loss. “I have a brother who died of brain cancer when he was just a month short of his third birthday. Another brother got cancer of the tongue when he was in his mid-30s. Both myself and my sibilings have adult onset psoriasis. One of my sisters was getting UV light treatment for her psoriasis and she developed a melanoma, skin cancer,” Soto told Climate Home.

Living near an oil refinery has been linked to health problems including respiratory complaints and skin conditions. In Contra Costa County, communities living near refineries including Richmond are exposed to higher levels of air pollution than other neighbourhoods and three out of four record higher rates of asthma. These communities are largely Latinx and African-American and face overlapping disadvantages from racism and poverty.

Workers are even more exposed. Jessica Tovar is a former Richmond organiser for CBE. She recalled working with a Mexican man who cleaned the vats at the oil refineries.

“The vats contain the heaviest and dirtiest… he described it as tar. He told me that when he would go home, he would be coughing up the same tar he was cleaning in these vats and then he developed cancer and died in his fifties,” she said. “He was a very healthy strong man and once he developed cancer I saw him pretty much wither away within a year.”

Chevron claims air quality in Richmond is similar to other Bay Area communities and says: “We are continually working to improve our environmental performance.” 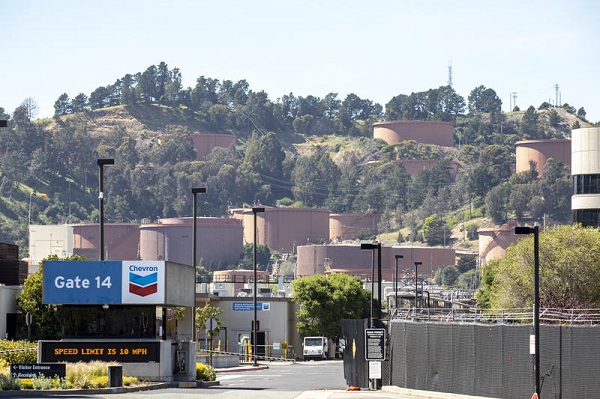 In most of California, there is nothing to stop an oil company drilling right next to homes, schools or hospitals. According to the LA Times, more than 350,000 Californians live within 600 feet (180 metres) of an unplugged oil or gas well.

Senator Limon told Climate Home she and Senator Weiner were looking to introduce “setbacks”, requiring a minimum distance between any new wells and built-up areas – the state-wide rule in Texas.

But any bill restricting oil and gas production faces “significant hurdles” in the state legislature, she said. Some lawmakers “believe that a future without oil is just not possible”, particularly from oil-producing areas in the Central Valley. 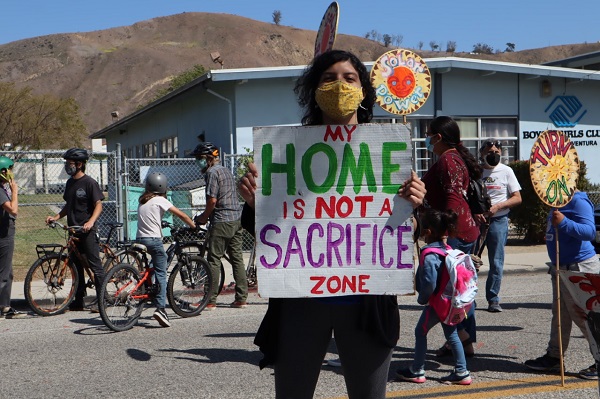 A protest against a gas facility expanding opposite a school in Ventura County (Photo: Climate First Replacing Oil and Gas)

Another battleground is cyclic steaming, a process colloquially known as “huff-and-puff” or “steam soak”. The theory is similar to soaking dirty plates before scrubbing them. Hot steam is injected into a well so the solid bitumen can soak for weeks or months turning it into a liquid which is easier to extract.

Limon said this process is “aggressive and potentially dangerous in contaminating aquifers”.

A 2017 report by Clean Water Action found this process uses a lot of energy to produce steam and can create dangerous sinkholes and “geysers” of oil, water and rocks.

In 2011, 54-year old Chevron worker Robert Taylor slipped into a sinkhole filled with boiling steam, water and oil at the Midway-Sunset oil field.

The Bakersfield Californian report that his colleagues tried to rescue him but could not reach. By the time they got a pipe to pull him out, he was out of view. In court, different oil companies accused each other of responsibility for creating the sinkhole.

India: These climate experts are desperately trying to save lives from Covid-19

According to a 2019 study commissioned by the the oil lobby, around 152,000 Californians work directly in the oil and gas industry. Winning them and their union leadership over will be key to convincing centrist Democrats to get on board with the energy transition.

Asked about how the transition could be made appealing to fossil fuel workers, Senator Limon said: “Our hope is to be able to create a pathway for all of these workers to continue their work in energy but energy that is clean, green and renewable.” Kern County, just north of Los Angeles, produces 75% of the state’s onshore oil but also 25% of its renewable energy.

The Governor’s Office of Planning and Research is developing a Just Transitions Roadmap and a CARB spokesperson said this would “ensure that no communities are left behind as we make the shift away from petroleum”.

Krogh said the state had a diverse enough economy it could afford to make the shift. “California doesn’t need the oil industry. The oil industry does need California,” he said. 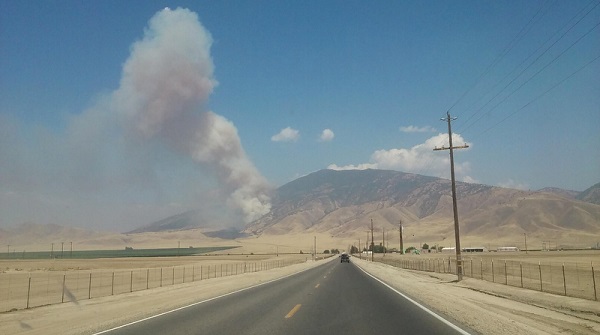 While it pulls some punches, Newsom’s vision to end oil production is significant.

International climate cooperation is based around reducing emissions at the tailpipe, rather than restricting supply at the wellhead. There is no mention of fossil fuel production in the Paris Agreement. Only a handful of smaller countries have joined the dots, recognising that supplies of oil need to wind down in parallel with clean technology like electric vehicles reducing demand.

She added: “Even if coal use and production were phased out overnight, the emissions from oil and gas in existing fields alone would push the average global temperature rise beyond 1.5C. To live up to the goals of the Paris Agreement, countries need to put an immediate halt to new licenses for oil and gas production whilst ensuring a just transition for workers and communities.”