Beijing set out incremental increases in climate targets to 2025, allowing for continued expansion of “clean” coal, to the disappointment of climate watchers 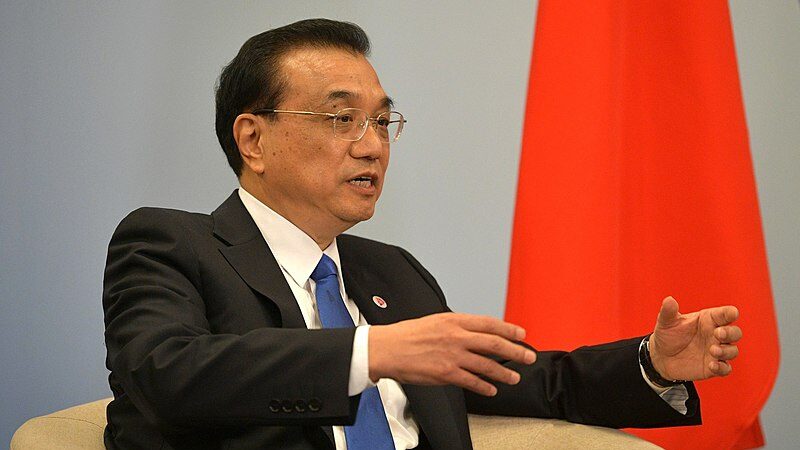 As the Chinese government set out its development objectives for the next five years on Friday, those hoping for a shift away from coal were left disappointed.

At the National People’s Congress session on Friday, as heavy smog settled over Beijing, Chinese premier Li Keqiang presented a summary of the country’s economic plan to 2025.

The document will shape China’s emissions trajectory and gives an insight into how Beijing is planning to get on track to achieve its climate goals of peaking its emissions before 2030 and becoming carbon neutral by 2060.

And for analysts, the answer is with baby steps.

“This is much closer to continuing current trend than getting on track to carbon neutrality,” Lauri Myllyvirta, lead analyst at the Centre for Research on Energy and Clean Air, told Climate Home News. “Clearly there’s no preparedness to put a stop to coal expansion.”

In his address, Li said China will “expedite” its transition to a green development model with “a major push to develop new energy sources” while “promoting the clean and efficient use of coal”.

Zhang Shuwei, chief economist at the Draworld Environment Research Center, said the plan fell short of expectations on climate, with details on how Beijing is planning to accelerate the economy’s decarbonisation largely missing.

“The international community expected China’s climate policy to jump, but in reality it is still crawling,” he said.

Researchers have said China needs to stop building new coal-fired power plants after 2020 if it is to align its policy with its long-term carbon neutrality goal.

China’s five-year plan is “underwhelming and shows little sign of a concerted switch away from a future coal lock-in,” said Swithin Lui, of NewClimate Institute, and the China lead for Climate Action Tracker. The independent watchdog rates China’s efforts as “highly insufficient” to meet the goals of the Paris Agreement.

He said more detailed five-year plans for the energy sector and on climate commitments, which are expected in the second half of the year, will need to include a cap on coal use.

The plan ends the practice of setting a five-year GDP target, usually the cornerstone of the document, settling instead for a 6% growth target for 2021.

With economic growth still tightly linked to emissions, the abandonment of a five-year GDP target could help reduce pressure on provinces to pursue aggressive growth measures that tend to favour carbon-intensive investments.

However, this makes projecting CO2 emissions growth over the period to 2025 more difficult. Sustained 5% growth could translate to emissions rising 10% by 2025, estimated Refinitiv analyst Yan Qin.

Chinese premier Li announced a target of reaching 20% of renewable and nuclear energy in total energy consumption by 2020. President Xi Jinping said in December that China would increase its share of non-fossil fuels in its energy mix to 25% by 2030.

There is no target for limiting total energy consumption and no overall carbon emissions cap, which campaigners had been calling for.

This leaves room for emissions to continue to increase to 2025, deferring the heavy lifting on decarbonisation until later this decade.

With growth averaging 5.5% annually over the period, emissions could be allowed to grow by more than 1% every year and still meet the 2025 targets, Myllyvirta estimated. A strong and sustained rebound in economic activity could see emissions increase faster than in the past five years, he found.

And China’s economy is expected to rebound following a period of low growth from the Covid-19 pandemic.

According to the International Energy Agency, a carbon-intensive recovery saw emissions in China rise 7% in December 2020 compared with the same time a year earlier. This was largely driven by a surge in coal consumption and steel and cement production in the second half of 2020.

Li Shuo, of Greenpeace East Asia, told Climate Home the plan reflected “a sense of uncertainty” from Chinese policymakers regarding the country’s economic performance in the wake of the coronavirus pandemic and a changing geopolitical environment for addressing climate change.

The plan, he said, raised more questions than it answered and deferred key decisions. A sectoral plan for the energy sector and action plan for peaking emissions by 2030 are expected to give more details.

“Considering China’s habit of under-committing and over-delivering five year plans, these targets will hopefully hedge against a surge in further emission growth. But industrial groups will certainly point to the modest carbon intensity target as an excuse for business as usual,” he said.