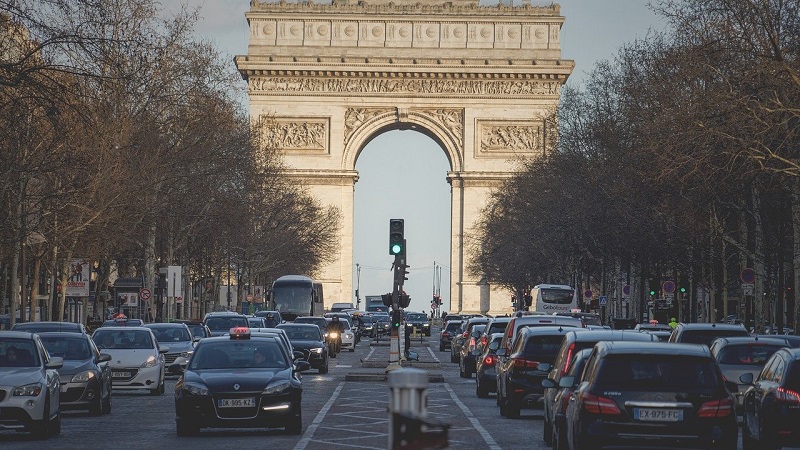 A Paris court has found the French government responsible for failing to cut emissions in line with its own target, in the country’s first major climate lawsuit.

The administrative court ordered the government to pay a symbolic €1 fine to the four green groups that brought the case after France exceeded its 2015-2018 carbon budget. Campaigners described the ruling as “a historic victory for the climate”.

The court will return in the spring to decide whether to order the French government to take more stringent carbon-cutting measures, giving ministers another two months to demonstrate what they are doing to address climate change.

Cécile Duflot, director of Oxfam France, one of the four plaintiffs, said: “Today’s decision is a historic victory for climate justice. For the first time, a French court has ruled that the state can be held responsible for its climate commitments.”

“This sets an important legal precedent and can be used by people affected by the climate crisis to defend their rights,” she added.

An Oxfam spokesperson told Climate Home News that the case could allow French citizens to claim compensation from the government if they can prove the state’s climate inaction damages them personally.

Others played down the significance of the judgement. Arnaud Gossement, law professor at the University of Paris, said: “It is difficult to rejoice in a judgement which admits only a fairly minimal fault on the part of the state.” He noted the plaintiffs’ demand for the government to pay reparations for environmental damages had been rejected by the court.

Law professor Julien Bétaille suggested the judgement was hardly damaging to the government. “So what? A ‘symbolic’ euro,” he tweeted.

France exceeded its 2015-18 carbon budget by 4%, emitting 18 million tonnes of CO2 equivalent a year more than planned. The transport sector exceeded its emissions limit by 11% and the building sector by 23%.

In response to the ruling, the French government acknowledged that it had failed to meet its climate objectives but that since 2017, when Emmanuel Macron succeeded Francois Hollande as president, it had “significantly stepped up” its climate efforts.

A draft climate bill to implement some of the recommendations of France’s citizens’ assembly is due to be presented to ministers on 10 February. The draft text has been criticised by campaigners as weakening the assembly’s ambition.

The number of climate litigation cases worldwide has nearly doubled since 2017, according to a recent report by the UN Environment Programme. As of July 2020, at least 1,550 climate change cases had been filed in 38 countries.

In December 2019, the Dutch supreme court ordered its government to strengthen its 2020 emissions target, in a case brought by Urgenda.

In July 2020, the Irish supreme court quashed Ireland’s climate plan, ruling it did not specifically lay out how the country would meet its 2050 climate targets.

Environmentalists in Belgium have launched a similar case, pressuring the Belgian government to develop a more detailed climate plan. The case will be heard on 16 March.