In their updated national contributions to the Paris Agreement, vulnerable countries say they need more financial support to cope with extreme weather and rising seas 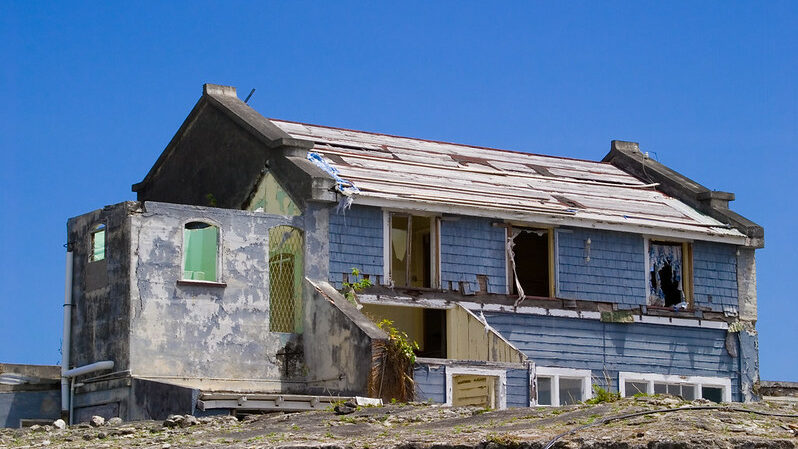 Poor and island states have called on rich nations to provide more funding to help them recover from disasters such as storms, flooding and drought, in updated climate plans submitted to the UN.

While rich countries primarily focus on carbon-cutting measures in their national contributions to the Paris Agreement, poor nations set out their plans to bolster climate adaptation and deal with economic and other losses and damages associated with global warming.

In climate plans filed ahead of the UN deadline on 31 December 2020, several countries stressed the mounting costs they face from severe climate impacts. Emissions cuts and adaptation efforts are not enough to prevent climate change from destroying homes and livelihoods in their countries.

The Maldives’ environment minister, Hussain Rasheed Hassan, told Climate Home that the low-lying island nation “will be lost to the world” if sea levels rise faster than coastal defences.

“We believe that we must be compensated for impacts caused by climate change. We are not responsible. Our total emissions are 0.003% [of the global total],” Hassan said, adding that the country needs an estimated $8.8 billion to ensure coastal protection for its 185 inhabited islands.

The Maldives plans to establish climate risk insurance mechanisms to build resilience to climate loss and damage, the island state outlined in its updated national contribution.

“We need to develop the financing capacity so that any shocks we have to endure in future can be mitigated. Our economy and life is tied to the oceans,” Hassan said.

There has been a “staggering” rise in climate disasters over the past 20 years, which have led to global losses of $2.97 trillion, according to the UN.

For countries vulnerable to climate change, loss and damage is a key issue which they argue should feature high on the agenda at the Cop26 summit in November. Rich countries, however, have long resisted putting any money behind it.

In 2013 the Warsaw International Mechanism was set up to address loss and damage, but with no clear mandate to mobilise financial support. In 2015 countries agreed that “loss and damage” references in the Paris Agreement did not provide a basis for liability or compensation.

“The key issue that remains is the relationship between loss and damage and climate finance,” Spencer Thomas, who helped draw up Grenada’s national contribution, told Climate Home News.

Grenada’s updated climate plan includes a specific pledge to address loss and damage. “This will include strengthening resilience to respond to impacts beyond the limits of adaptation and addressing human mobility and settlements,” the plan states.

The small island nation is already experiencing severe climate impacts, Thomas said. “We see a decline in the productivity of our coral reefs because of heavy rains and pollution. Hurricanes have destroyed our forests. How do we prepare our economies for this?”

Under the Warsaw mechanism, loss and damage is defined as a subcategory to adaptation, rather than as an issue in its own right. As a result, developing countries say that the issue has not received the recognition and finance it deserves.

“Small island states are clamouring for ease of access [to funding] and that mitigation, adaptation and loss and damage are equally represented in the climate finance landscape,” Thomas said.

One obstacle is a lack of comparable data on the scale of climate damages, said Hassan. “We have got to develop international standards and measurement mechanisms so that loss and damage can be assessed in a more scientific manner. The Warsaw International Mechanism is not capable of dealing with this.”

Nepal, which has among the lowest carbon emissions per capita in the world, is highly vulnerable to the impacts of climate change. Himalayan glaciers in Nepal have been losing almost half a metre of ice each year since the start of the century and floods and landslides are common.

“Even if emissions are rapidly reduced, the residual climate impacts remain because of long-lived greenhouse gases in the atmosphere. Loss and damage will be equally important to mitigation and adaptation – we cannot shy away from this,” Manjeet Dhakal, head of the least developed countries team at Climate Analytics, told Climate Home News.

He said that Nepal’s loss and damage strategy would likely cover a wide range of sectors, including agriculture, tourism and hydropower production, which are all already suffering from climate disasters.