Banks, companies and governments are axing support for coal, driven by climate concerns and competition from renewables, but hundreds of plants are still in planning 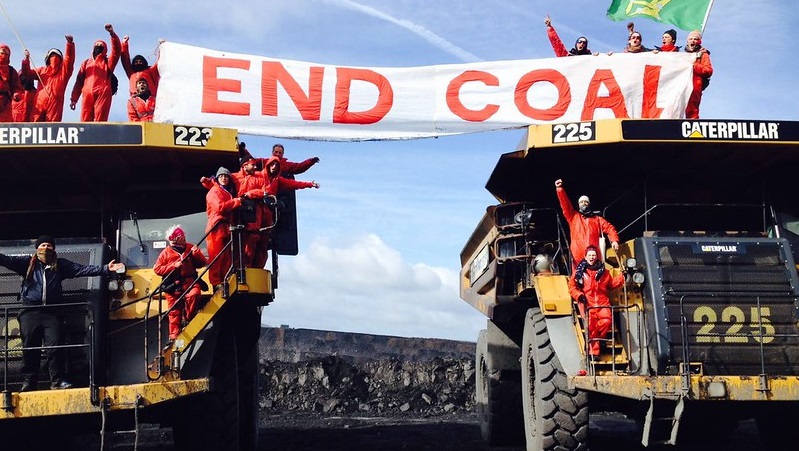 Protesters shut down a coal mine in Wales, UK (Picture: Reclaim The Power)

His unusually prescriptive solution to the climate crisis was inspired by a tour of the Pacific, where he saw the vulnerability of small island states to rising seas and weather extremes.

At the time, Guterres’ plea looked ambitious in the extreme. Coal expansion was big business, driven by major Asian powers.

Eighteen months later, while hundreds of coal plants are still in planning worldwide, the political and investment landscape has shifted dramatically. An end to the global coal plant boom is no longer such a distant prospect.

China’s pledge to reach net zero emissions by 2060 implies no unabated coal burning in 40 years – the typical life expectancy of a power station. Coal-reliant countries including South Korea, South Africa and Japan are aiming for net zero by 2050.

The economic case for coal has continued to weaken. The International Energy Agency, which has long been accused of being overly negative about renewables, this month crowned solar “the new king of electricity”, saying it delivers cheaper power than new coal plants in most countries.

In the past year companies including Samsung and General Electric have announced they’ll stop building coal plants and major funders like Blackrock and the Asian Infrastructure Investment Bank have pledged to stop financing them.

But coal projects won’t all be halted overnight. Those hoping to delay its death include coal workers and their trade unions, coal company bosses, coal-rich national and provincial governments and any government official who can get a kickback from approving a deal.

So where will the world’s last coal-fired power plant be built? Here’s our guide to the likely hold-outs.

While its net zero emissions pledge entails little future for coal, as of July 2020 China had power stations planned at 127 locations and under construction at 104. The country’s next five-year plan to 2025 is expected to allow for some new coal capacity.

Ted Nace, executive director at Global Energy Monitor, is putting his money on China to build the last coal plant. They have the experience, cheap labour and materials to build plants cheaper and faster than anyone else, he says, adding: “Just as China’s coal plant industrial complex took a large commitment of resources and national will to develop, it will likely be harder to unwind, from a political and economic standpoint, than in other countries.”

Tim Buckley from the Institute for Energy Economics and Financial Analysis (Ieefa) agrees that planned coal plants in China are more likely to be built than those in Vietnam or Indonesia, for example.

China remains by far the world’s biggest producer of coal and coal-rich provincial governments want to use those resources to drive economic growth. Building power stations creates jobs in construction, steel, cement and property. Provincial bigwigs in Inner Mongolia, Shaanxi or Xingjiang could make China the last nation to build a plant, despite Beijing’s green ambitions. 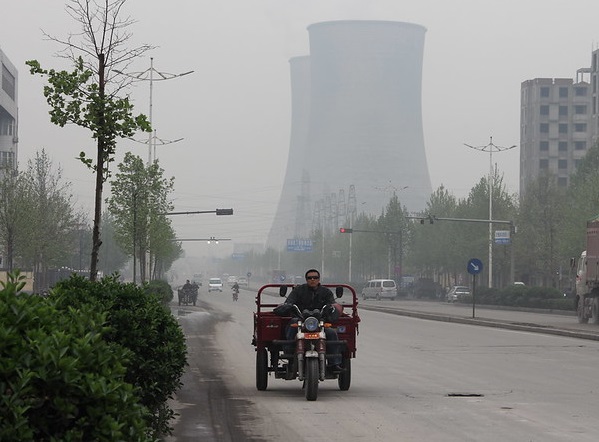 After China, Indonesia has the most power stations in pre-construction phases of planning (52). Ieefa’s Buckley describes this as a “stupidly big pipeline” which, if fully realised, will leave them with excess generation capacity.

While most will be cancelled, he says, some will go ahead. This is likely to make Indonesia the last country to build one “just because otherwise they’ve got a shedload of totally useless coal which will otherwise have to stay in the ground”, he says.

While Global Energy Monitor’s Nace is confident the last plant will be Chinese-built, he says it could be outside of China. There are about 40 Chinese overseas coal plants scheduled for after 2027 and, while Nace anticipates most of these will be cancelled, one could be the world’s last.

“Among these possible plants, I’d guess that the last one built will be in Indonesia, since it is the country in this cohort that is also a significant mining country and for that reason is somewhat more politically committed to coal,” he said. The other nations are Sri Lanka, Vietnam, Bangladesh and Bosnia-Herzegovnia. 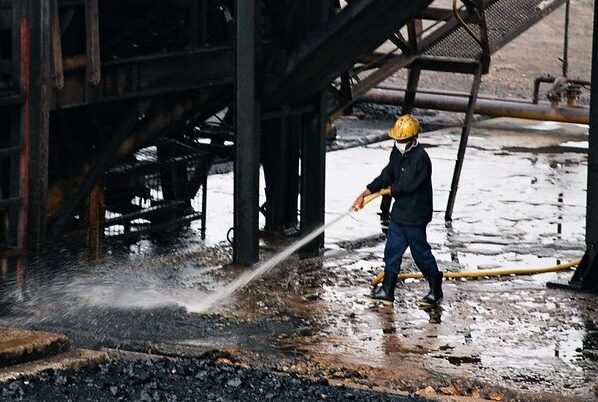 Coal processing at a mine in East Kalimantan (Picture: ILO/Flickr)

A few years ago, India was vigorously pursing coal but now it only has plants in pre-construction in 28 locations. This is one less than Turkey, a fact Global Energy Monitor calls “unthinkable just a few years ago when China and India together dominated development”. In 2019, India’s coal power generation fell by 3% and its pre-construction pipeline fell by half, largely because of financing problems.

Despite this slowdown, Wei Shen, a political economist at the Institute of Development Studies, University of Sussex, says: “India and Indonesia may both see more capacities of coal power in the future”.

Unlike China, India has no net zero emissions target. Millions of Indians lack access to electricity, while average citizen’s wealth and carbon footprint is far smaller than in China. In some places, developers will make the case for coal power to expand energy access, support industrial growth and lift people out of poverty, even as solar becomes increasingly competitive.

Turkey has the world’s third largest pre-construction pipeline with plants in 29 locations planned. On the other hand, it has a track record of cancellations, scrapping 80 projects this decade.

The country’s coal push has been driven by geopolitics. After a Turkish jet shot down a Russian one in 2015, the two nations have been at loggerheads, so Turkey is seeking to wean itself off Russian gas. But renewables are a far more popular alternative to gas than coal and Turkey has more than enough sunshine, wind and land to make them work. 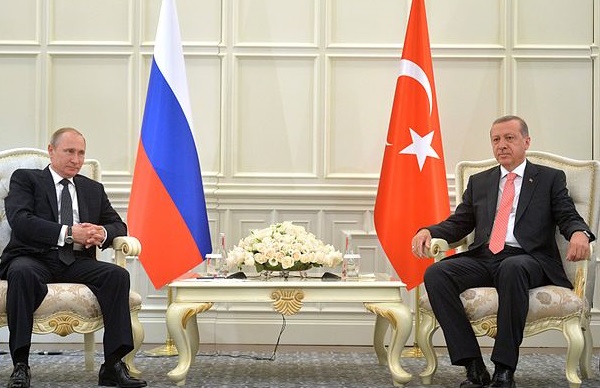 Turkey has pursued coal as an alternative to Russian gas (Picture: Russian Presidency)

Pakistan has coal plants under pre-construction in nine locations. The country has large coal reserves and an active coal lobby arguing that they should be used. Pakistan’s influential military has a strong relationship with China and so the government is unlikely to cancel any Chinese-built coal power plants.

On the other hand, since 2018 prime minister Imran Khan has taken a more sceptical stance on Chinese-backed coal projects and sought to renegotiate partnership deals. In 2019, Pakistan shelved the US$2bn Rahim Yar Khan plant.

Vietnam has recently indicated that it will postpone the building of six coal power projects until 2030. If these were to be built, they could well be the last in the world. According to Ieefa’s Minh Thu Vu though, the chances are decreasing.

Provincial authorities and communities are becoming increasingly loud in opposition to coal, while solar and wind are becoming cheaper and more attractive to foreign investors. 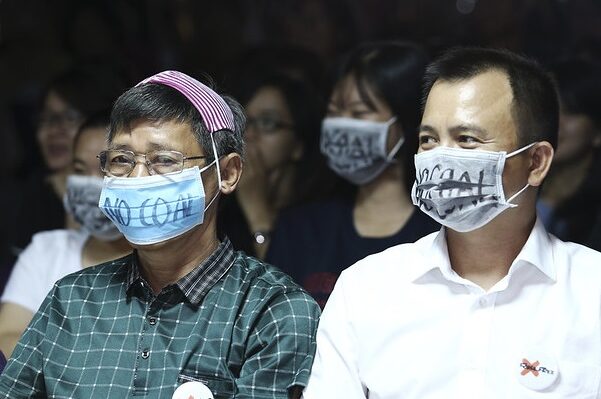 Hanoi and Saigon are two of the world’s most polluted cities (Picture: 350.org)

The small Mekong river nation has historically relied mainly on hydropower but it’s coal use has been increasing over the last few years. It has recently proposed building two new coal power plants and exporting the power to Cambodia.

The Balkan country has coal power plants in operation in five locations and planned in seven more, primarily to protect jobs in state-owned coal mines. The plants have faced opposition and legal setbacks though, conflicting with its government’s stated green ambitions and proposed membership of the European Union.

Until recently, coal exporters were banking on Bangladesh building more plants. But this year’s economic slowdown has highlighted the country’s expensive excess energy capacity and, as prime minister Sheikh Hasina urges leaders to do more to save Bangladesh from the impacts of climate change, she is keen to set a good example.

While five coal power plants are under construction and likely to be completed, 11 in planning are set to be scrapped and 13 converted to run on gas. 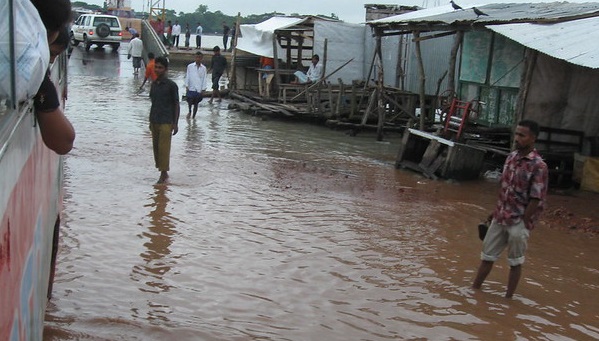 The Philippines has ramped up its coal-fired power capacity over the 2010s and has plants at a further 13 locations planned, mainly in the north. But coal faces opposition from the powerful Catholic church and the government this month declared a moratorium on new coal power plants.

Now though, it has become the only major developing country to set a net zero emissions target of 2050. Two coal power plants currently under construction (Kusile and Medupi) are widely expected be its last.

Poland gets the vast majority of its electricity from coal and the country’s influential coal miners’ unions have been keen to keep it that way, despite pressure from the rest of the EU.

In September though, the government and unions struck a deal to stop mining hard coal by 2049. Poland’s biggest utility then announced it was trying to offload its coal assets and pivot to renewables. While critics say 2049 is far too late for a phase-out, the announcement makes it harder than ever to justify a new coal plant.

The world’s third largest economy currently gets about a third of its energy from coal. Incoming prime minister Yoshihide Suga recently announced he would “fundamentally shift our long-standing policy on coal-fired power generation” in line with a target of net zero emissions by 2050. Given this, it’s probably a question of how quickly the coal plants close, not whether new ones will be built.

Days after its Japanese neighbour, South Korea confirmed a net zero commitment, fulfilling a manifesto promise from earlier in the year. Re-elected president Moon-Jae In said the country would be “replacing coal power generation with renewable energy”. Korea’s energy is currently about 40% coal-powered.