The European Union is seeking to amend the Energy Charter Treaty to align with climate goals, but Japan is resisting change as negotiations resume 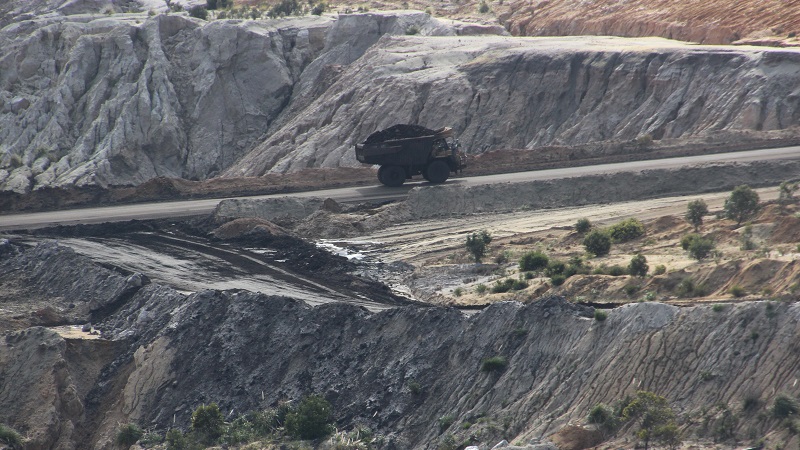 The Japanese government is blocking reform of a treaty that allows energy companies to sue nation states when climate policies affect their profits.

While the European Union is pushing for updates of the Energy Charter Treaty (ECT) to make it more climate-friendly, Japan has resisted any changes.

Ahead of a second round of negotiations on modernising the pact this week, Luxembourg’s energy minister Claude Turmes said in a webinar the EU might quit the treaty if there was no progress.

“I would not rule out that if nothing moves, if there is not sufficient movement, then you would have no other option than to collectively step out. That was also a discussion raised by France, although I can’t confirm the French government’s commitment,” he said.

Marjolaine Meynier-Millefert, a French lawmaker from president Emmanuel Macron’s party, said reform was preferable to ditching the treaty, but “if we are forced to do so then there would be no other option than to do so”.

On Tuesday, 139 lawmakers in the European Parliament issued a statement warning the treaty “is threatening the climate ambition of the EU domestically and internationally”. They said the EU should withdraw unless it can achieve a rewrite of the pact to scrap protections for fossil fuel investors.

The ECT is a pact signed in the 1990s to boost investment flows between western and post-Soviet countries. Provisions to deter states from grabbing private assets have been retooled by energy companies to fight climate policies.

Last year, German utility Uniper threatened to sue the Dutch government under the treaty, because a national plan to phase out coal burning would force the early closure of Uniper’s power station near Rotterdam.

The European Union has proposed amendments that reinforce governments’ “right to regulate” on issues like public health and the environment. But any changes must be passed unanimously and so can be blocked by any of the ECT’s 53 signatories.

A written submission from Japan published by the ECT secretariat in October 2019, before modernisation talks began, asserts 26 times: “Japan believes that it is not necessary to amend the current ECT provisions”.

Among the proposals rejected by Japan are language on the “right to regulate” and changes to the investor-state dispute resolution (ISDS) mechanism.

Leaked ECT notes seen by Climate Home News show that, ahead of the first round of negotiations in July 2020, Japan expressed “great concerns” about an EU plan for a multilateral investment court to replace the ISDS.

Japan was supported in this by Kazakhstan. In the notes, both nations said “modernisation should be minimal”.

According to Yamina Saheb, a former head of the ECT energy efficiency unit and observer of the negotiations, the 12-strong Japanese delegation in July made no proposals to change the text and called for 2020 discussions to be limited to clarifying national positions.

Japan’s position as the largest single donor to the ECT and the vice chair of the modernisation negotiations means it is influential.

Pia Eberhardt, a researcher at Corporate Europe Observatory, told CHN Japan’s opposition means “it’s very unlikely that we will see any of the changes which we would need to see to make this agreement compatible with climate action”.

Japan’s reluctance to change the ISDS mechanism reflects the fact that, unlike many European countries, it has never been sued by foreign investors.

On the other hand, Japanese companies have used the ECT to take legal action against governments. So far, these have only been renewables companies angry at a decision by Spain’s previous government to cut subsidies and increase taxes – but fossil fuel companies could use the treaty in a similar way.

Japan is the only G7 country still building coal-fired power plants, both in Japan and overseas. According to Mission 2020, Japanese public finance is behind 24.7 GW of coal power in other countries. That is larger than Australia’s entire coal fleet.

These coal power plants are in India, Indonesia, Vietnam, Bangladesh, Chile and Morocco. None of these countries are signatories to the ECT but several are either in the process of acceding or are observers.

And in 2016, the Japanese government changed the law to allow its state-run JOGMEC agency to buy foreign energy assets.

Italy and Russia have left the ECT, although a ‘sunset clause’ means the treaty’s provisions apply for 20 years after they leave.

Russia withdrew from the treaty in 2009, when former shareholders of the Yukos energy company used the ISDS to claim compensation for assets they said had been expropriated by the Russian government.

Italy withdrew from the ECT in 2016. The government said this was to reduce costs associated with membership but it may also have been a response to renewable energy companies taking legal action over a reduction in solar power subsidies.